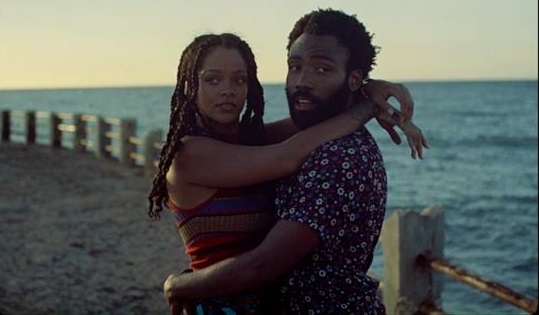 If you’re a fan of Donald Glover aka Childish Gambino, you would have been looking forward to the release of his feature film “Guava Island” with great anticipation. A true artist in every sense of the word Glover never ceases to push the envelope with everything he sinks his teeth into. The final product, however, was nothing at all what I imagined.

Shot in secret off the coast of Cuba, Guava Island is a musical-romance-thriller about a young musician Deni (Donald Glover) who seeks to hold a musical festival to liberate the oppressed people of the Island, even if only for a day.

In the prologue, we are entreated to an animated nostalgic picture-book sequence narrated by Kofi Novia (Rihanna), an island beauty who becomes Deni’s girlfriend. We learn of the islands mythical genesis, a creation of the gods, this island once a paradise was corrupted by greed and essentially colonized by a company named Red Cargo, who turned its vegetation into an industrial hub.  The film then transitions into a postcard-like 4×3 aspect ratio with an earthy, de-saturated grain, as if you were watching on an old television set. 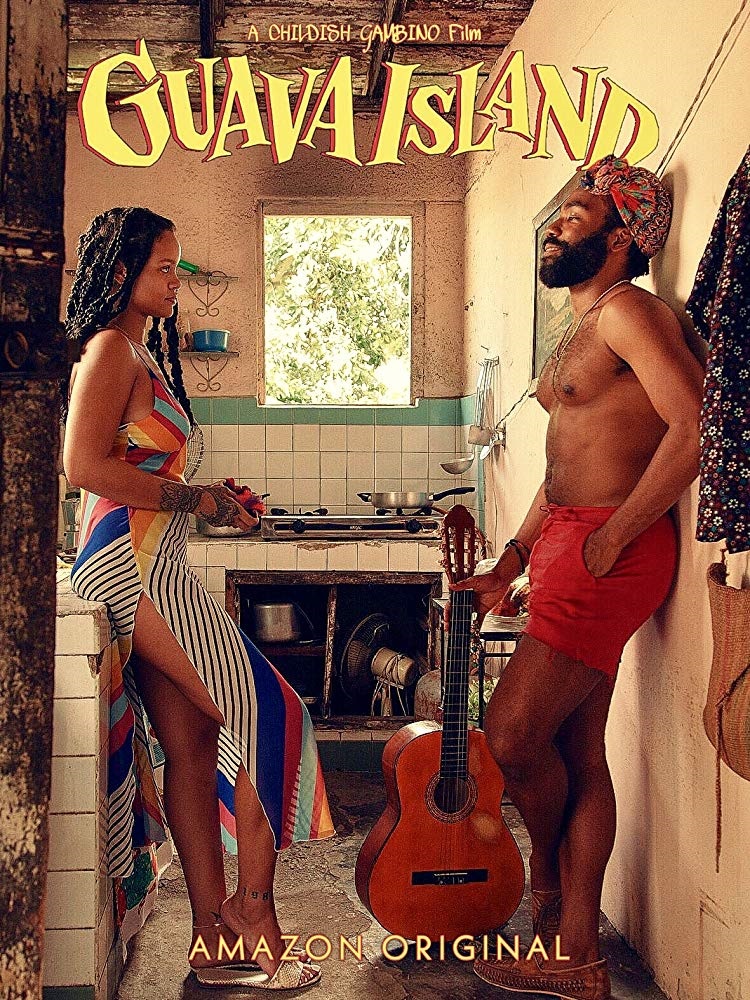 Aesthetically, the film has all the goods, there is enough of everything, a good enough storyline, music, symbolism, and talent, but it doesn’t all quite come together. I suspect that if this was a film produced by anyone else it would have gone down a treat, however, the film being introduced as “A Childish Gambino film” sets the bar of expectation extremely high.

Though the film is titled after the island, it was very much about one inhabitant- Deni. There wasn’t much character development of the other characters and we didn’t know much about anyone else. This turned the film into the “Childish Gambino show”.

In addition, although it’s always a joy to hear Childish Gambino’s music, the performances felt more indulgent than essential. The musical numbers were often accompanied by the same Jim Crow-inspired dance moves he displayed in his critically acclaimed music video for “this is America”, there were more uncomfortable wide eyes, or eye-popping even when the music didn’t call for it causing confusion between the music and the scene. In addition to that, this music-rich film did not feature the vocal talents of Rihanna, and there were opportunities for this. 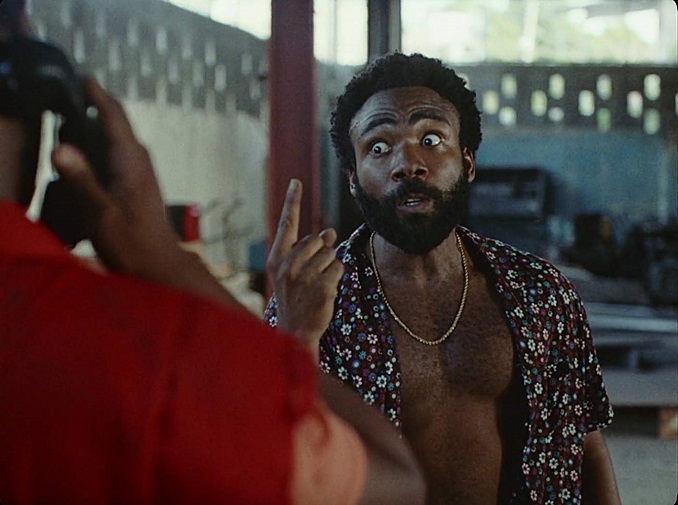 In 55-minutes we get a simple love story, a modern-day martyr who tries to use music to unify his island. If you’re a fan of FX’s “Atlanta” it will please you to know that Glover once again collaborated with director Hiro Muria, in what will be his first feature film. Muria is notable for directing several episodes of Atlanta and Childish Gambino’s “This Is America” which won a Grammy Award for the Best Music Video earlier this year.

Overall, I don’t regret watching Guava Island. It’s definitely a keeper. If you were gearing to go on a deep artistic journey with Glover in this film, that’s not what you’ll get. It’s one for the culture and perhaps the simplicity of the film a strategic platform, for more exciting things to come