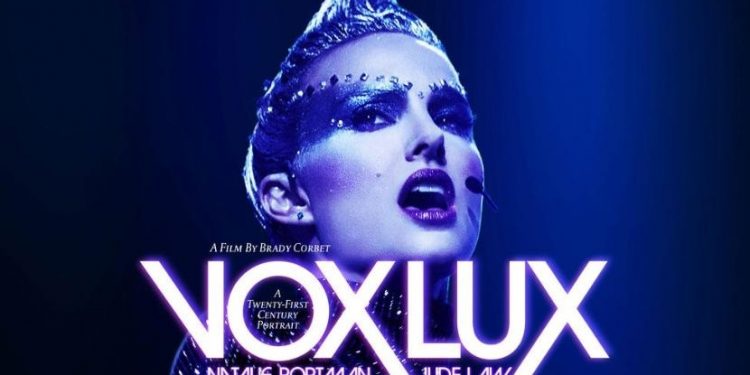 Vox Lux, after watching the trailer should have been a “sure banker “of a film. Complete with a star-studded cast, a unique story, music by Sia what more could I ask for?!

It was a bit of a shame to finish a film feeling a little indifferent, or was it the directors aim to leave me feeling confused?

Vox Lux is about Celeste, a teenager whose life radically changes following a violent shooting at her school. She suffers an injury to her neck and her life as a teenager is disrupted.

During her recovery, her sister helps her write a song which she performs at a vigil in honour of her deceased school mates.

The performance captures the heart of the nation, she is branded as a glimmer of home, the lone survivor of this tragedy. With this attention comes opportunities, including one to be a pop star.

Celeste grabs this opportunity without hesitation, and this is the start or a successful music career and all that goes with it.

Unless you live under a rock you will be aware of the ongoing, or ever going debate on gun control in the United States.

The opening scene really gives us an uncomfortable taste and what victims of gun violence might endure, it’s quite graphic and extremely unsettling. It gets the audience thinking right from the beginning, especially in the wake of recent shootings at American high schools.

The film does well to highlight the trending commodification of news and celebrities. Celeste seemed to understand, that this was her ticket, her story and her entire being were being sold to the public for their consumption for her benefit in the long run.

Take modern-day reality competitions like, X-factor, Britain’s Got Talent or American Idol which all seem to follow a trend in their coverage of contestants with hardship tales. 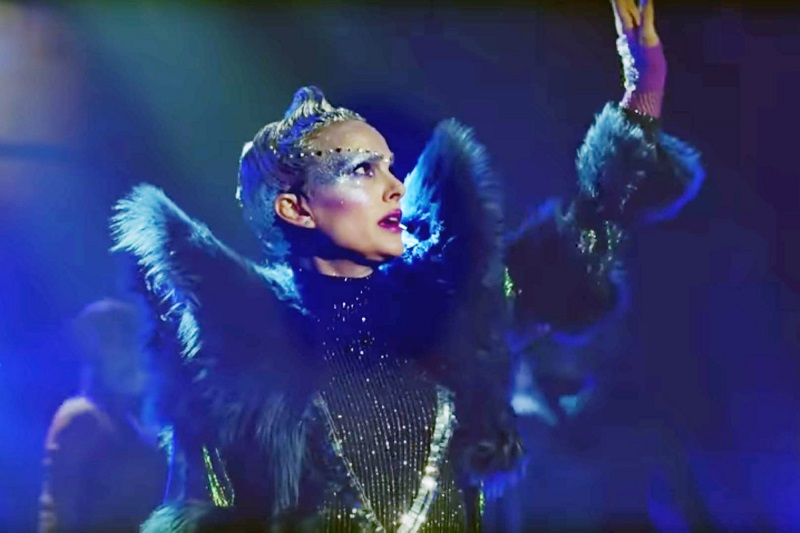 Those with hardship tales score more screen time during their video interviews, they usually tell their story of conquering disease or a tragedy in their lives, they go on to audition, usually they are great, and if they aren’t the crowd roots for them or the respective judges are kind enough to give them a chance.

This narrative is dangerous as it creates an impression that without some sort of adversity, your talent or skill isn’t as valid as those who have had to overcome something.

There are many other social issues the Corbet attempts to address, but for a 1-hour 54-minute film it’s a little overwhelming and takes away from some issues that could have made the film a success.

Raffey Cassidy delivered a strong performance as young Celeste, Natalie Portman wows us in a few hard-hitting scenes, overall no one delivery is weak, but rather compliments the story as their character should.

There are some interesting touches to the film, in addition to the arthouse feel and aesthetic, the director uses Willem Defoe as the narrator. sometimes this is overused to fill in some gaps in the story but overall is a nice touch. Secondly, there is original music by Sia no complaints there.

Finally, Raffey Cassidy also stays on to play Albertine, Natalie Portman’s estranged daughter, this type of casting is not seen often and is a real testament to the work the actors put in to form their bonds.

I admire directors who push the envelope and the Corbet did just that, however, whether or not this was successfully executed is debatable.

There were too many questions, and not enough answers, leaving Vox Lux as one big question mark, as there was no real conclusion. I do however believe this film is worth a watch, to explore the various issues raised.