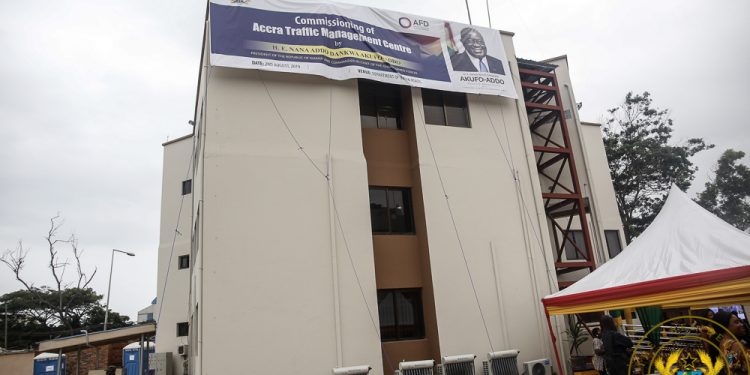 President Nana Akufo-Addo has commissioned the Accra Traffic Management Centre, describing it as a major step in addressing congestion in Accra.

Addressing a ceremony at the Department of Urban Roads, on Friday, 2nd August, 2019, President Akufo-Addo indicated that the smooth flow of traffic in the cities and urban areas, as well as safety on the roads, are critical to the development of the country, and to enhancing the growth of key sectors of the economy.

“…We find ourselves in a situation where the upsurge of vehicular traffic, coupled with rapidly increasing urban population, is putting a lot of pressure on facilities in our cities, especially on our road infrastructure, and also sapping productivity. That is why the Accra Traffic Management Centre is such a welcome initiative,” the President said. 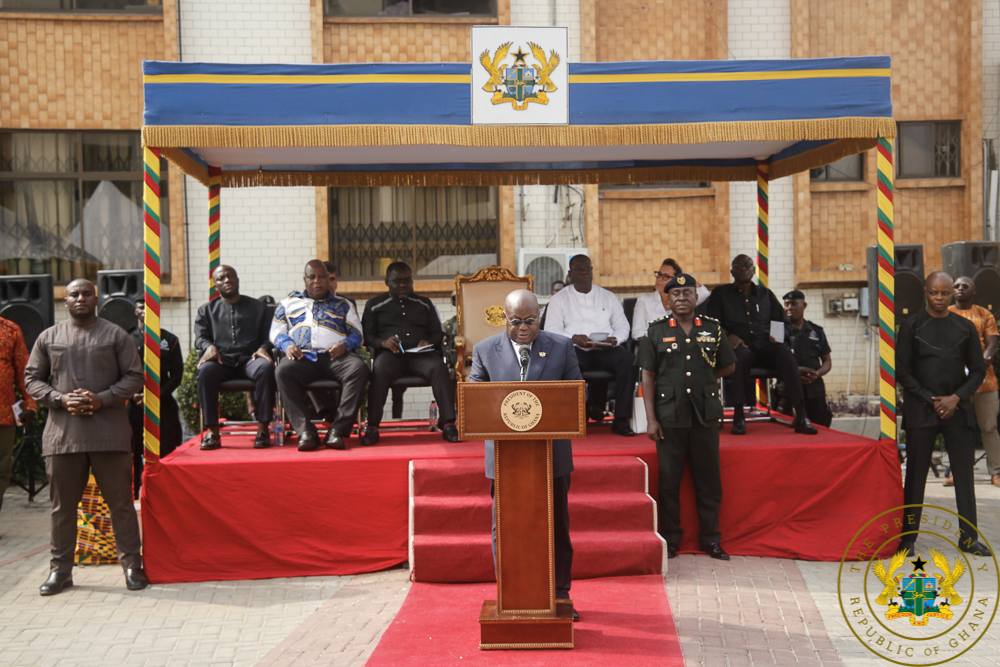 He continued, “The Centre, the first of its kind in the country and in West Africa, will co-ordinate effectively our capital’s traffic light system, so as to guarantee efficient communications within our traffic light system, thereby ensuring a much smarter way of dealing with congestion on our roads.”

In all, a total of forty-one (41) traffic lights have been upgraded between the Neoplan Assembly Plant at Achimota and the Central Business District of Accra. The upgrade includes the changing of traffic controllers from “isolated intersection controllers”, which could not communicate with each other, to “interconnected adaptive controllers”. 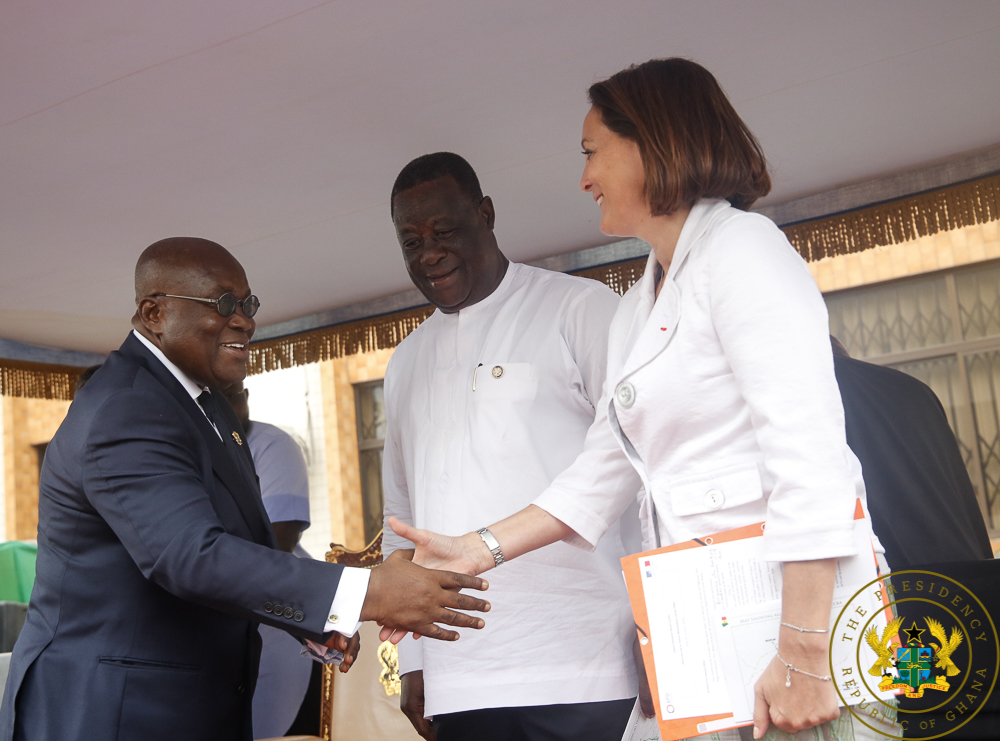 With the Traffic Management Centre, President Akufo-Addo noted that engineers can directly change the signal timings from the centre instead of the old system, where they had to carry their tools directly to the field to effect the change.

“The new system has an integration with the Public Transport system, like the Ayalolo buses, so that priority can be given to public transport at the intersections,” he explained.

The President revealed further that cameras are being installed to capture traffic light violations, meaning that the Police Service will have in their possession real-time evidence to help them in their prosecutions of motorists, who jump red lights, and, thus, help bring sanity to the roads.

The Accra Traffic Management Centre represents Phase 1 of a broader programme to improve mobility, and reduce congestion in the nation’s capital.

“Under Phase 2, we shall see the upgrade of the remainder of the two hundred and seven (207) signalized intersections in Accra, from the current isolated intersections to co-ordinated ones. This will include the provision of new traffic controllers, and installation of detectors at intersection points, to collect vital traffic data needed for the improvement of traffic flow throughout the national capital,” President Akufo-Addo added.

In addition to improving the traffic situation under Phase 2 of the traffic signalization programme, work will commence this year on the dualization of the Beach Road from the Black Star Square in Accra, through Teshie, Nungua, up to Tema Community 3. 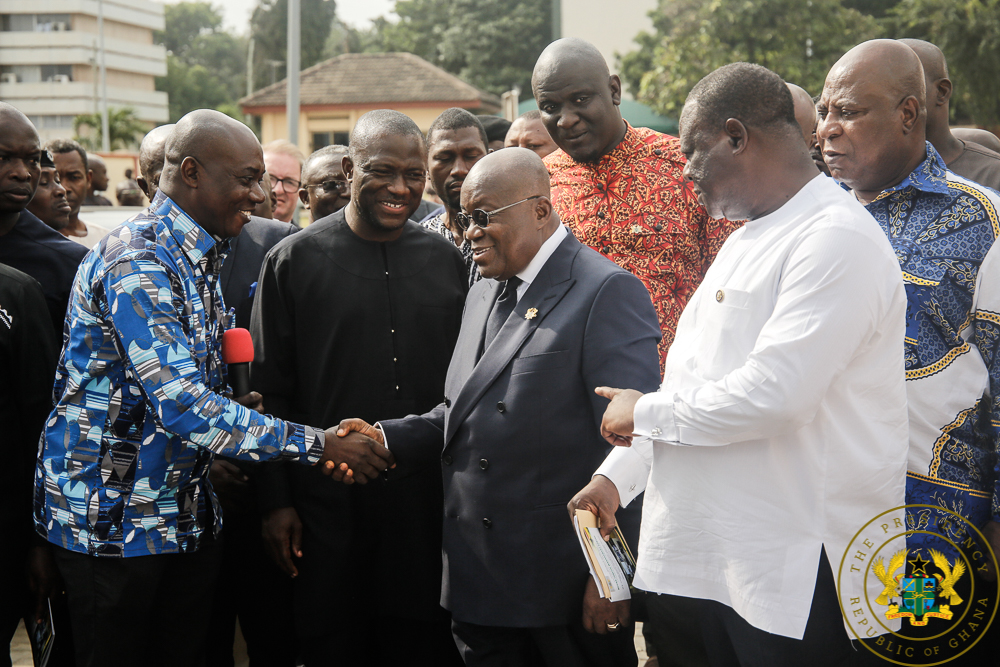 “As part of the project, an interchange shall be constructed at the current Nungua Barrier. These works are to be financed by the China Development Bank. The loan agreement has already been approved by Cabinet and by Parliament,” the President indicated.

President Akufo-Addo urged the Ministry of Roads and Highways and the Department of Urban Road to ensure the proper maintenance of the Accra Traffic Management Centre, adding that “I will be paying close attention to the work of this facility.”