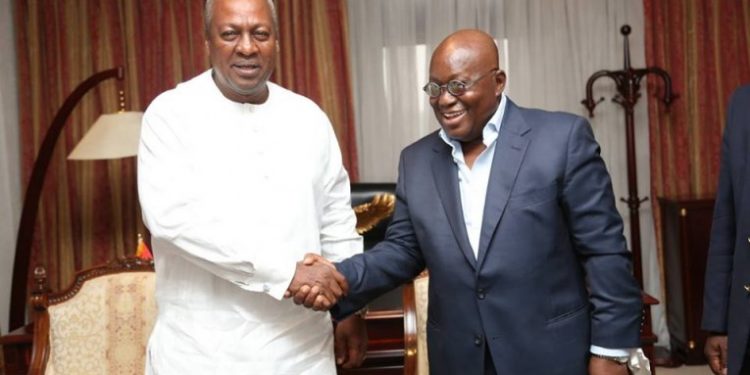 The old Northern Region is set to witness a flurry of political activities this week as President Nana Akufo-Addo and his predecessor, Mr John Mahama are scheduled to criss-cross the area for various political engagements.

While President Nana Akufo-Addo is expected in the Northern region for a two-day tour from August 15 to 16, where he will cut sod for the second phase of the Tamale International Airport project.

The former President Mahama, the 2020 Flagbearer of the National Democratic Congress (NDC), will be in the Savannah Region from August 13 to 14, to interact with residents.

Mr Salifu Saeed, Northern Regional Minister, who commented on the President’s tour of the region, said chiefs in the region would gather at the Aliu Mahama Sports Stadium on August 15, where the President would cut sod for the project.

Mr Saeed said the project amongst other initiatives being undertaken in the region showed that the region was dear to the heart of the government, which was committed to better the lot of the people of the region.

In the other camp, Mr Malik Basintale, Savannah Regional Communications Officer of the NDC is upbeat about the Former President Mahama’s tour of the region as he rallies the people of the region in readiness to receive one of their tribesmen, who is aspiring to once again lead the country.

In recent times, the sitting President and his predecessor appeared to be ‘coincidentally’ arranging their tours of the country such that when one visited a region, the other followed suit, and ‘have been on each other’s throat’ about whose government’s policies or initiatives better addressed the needs of the people.

It will be recalled that they recently toured the Western/Western North Regions and engaged in arguments over the plight of cocoa farmers in the area.

It remains to be known what issues will drive their tours of the Northern/Savannah Regions this week.

Ghana card is for development not voting – Asiedu Nketia

Ghana card is for development not voting - Asiedu Nketia