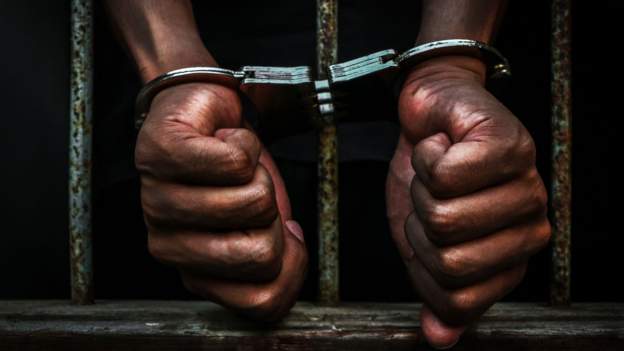 Nigerian soldiers have freed a notorious “kidnap kingpin” in the north-eastern state of Taraba, police say.

Three officers and a civilian were shot dead by soldiers who attacked a police unit transporting suspect Alhaji Hamisu to the regional police headquarters.

The Intelligence Response Team (IRT) officers “were shot at severally by the soldiers despite sufficient proof that they are police personnel on legitimate duty”, the police posted on its Twitter account.

Mr Hamisu has been on the police’s wanted list for several high-profile kidnap cases that includes a recent abduction where a ransom of about $275,293 (£226,478) was paid.

The army said its troops mistook the policemen for kidnappers after they “refused to stop at a military checkpoint”.

He made no mention of what had happened to the “kidnap kingpin”.

Kidnapping for ransom is rampant across Nigeria and security operatives have been accused of not doing enough to track down the kidnap gangs.

Soldiers often complain of poor allowances and diversion of funds by their superiors.

Two weeks ago, the army said it was investigating reports that some soldiers absconded with more than $1m (£800,000) of operational funds they were escorting in the country’s north-west.