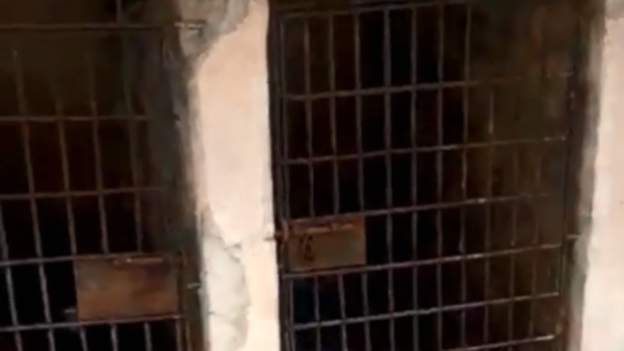 Police in Nigeria’s commercial hub of Lagos have arrested a woman filmed abusing a child and then locking him in a caged kennel with dogs.

It is not clear when the footage was shot, but it went viral on Twitter earlier this month.

In the video clip, a woman is seen beating a boy, stripped to his waist, with a belt. She then drags him into an empty kennel and locks it before walking away. Two dogs can be seen in other neighbouring kennels.

The video caused outrage on social media, where shocked users offered rewards to anyone that could track down the woman.

On Thursday, a police spokesperson, Dolapo Badmos, tweeted that the woman in the video had been arrested.

“The suspect is in custody and will be charged to court… The boy, who happens to be an orphan, has been rescued and kept in a shelter provided by Lagos state government,” she said.