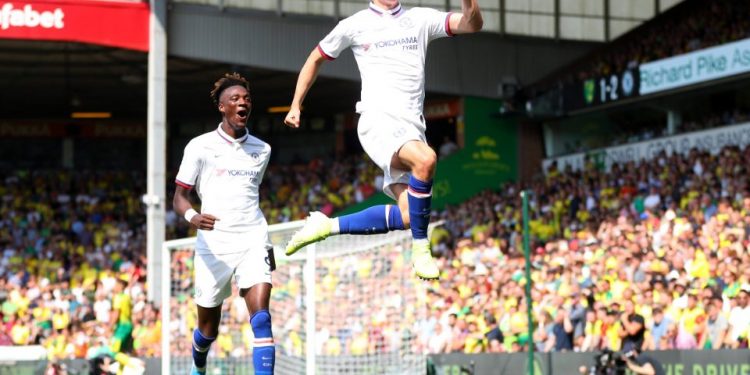 Academy product Abraham started and finished the scoring as the visitors secured a 3-2 victory in East Anglia.

Todd Cantwell and Teemu Pukki twice equalized for the hosts during a breathless 45 minutes after Mason Mount had restored Chelsea’s advantage with his second of the season.

But Chelsea was more dominant after the break and another smart finish from Abraham proved enough for Lampard to claim his first three points.

He was the last manager to leave Carrow Road with a league win after his Derby side won a seven-goal thriller in December.

This victory was nearly as exhilarating as Abraham stepped up to deliver the goods for a Chelsea team which was already without the injured N’Golo Kante before Pedro suffered a hamstring issue in the warm-up.

Despite those setbacks, Chelsea was ahead from their first attack, Cesar Azpilicueta getting forward on the overlap and crossing to Abraham, who finished with aplomb.

With the attack on top, it was little surprise that Norwich got themselves back level before half-time, with Pukki again on the score sheet.

Cantwell’s clever flick set Emi Buendia away and he rolled a perfect pass into the feet of Pukki, who converted from a tight angle, although Kepa Arrizabalaga should have done better in the Chelsea goal.

A clever short free-kick routine almost had Norwich ahead for the first time, but Kepa pushed clear Buendia’s shot before holding Grant Hanley’s effort from the rebound.

Chelsea was still enjoying more of the ball in dangerous areas but the sides went in level at the break.

Lampard’s men dominated after the restart, all but camped in the Norwich half without really crafting a clear-cut opening to regain the lead.

They were denied a penalty just after the hour-mark, the video assistant referee siding with Martin Atkinson after he opted not to penalize Marco Stiepermann after a coming together with Azpilicueta.

Chelsea would eventually find their way through soon after, Mateo Kovacic sliding a pass into Abraham, who fired past two defenders and into Krul’s net, the Norwich goalkeeper clearly unhappy at his failure to keep it out. 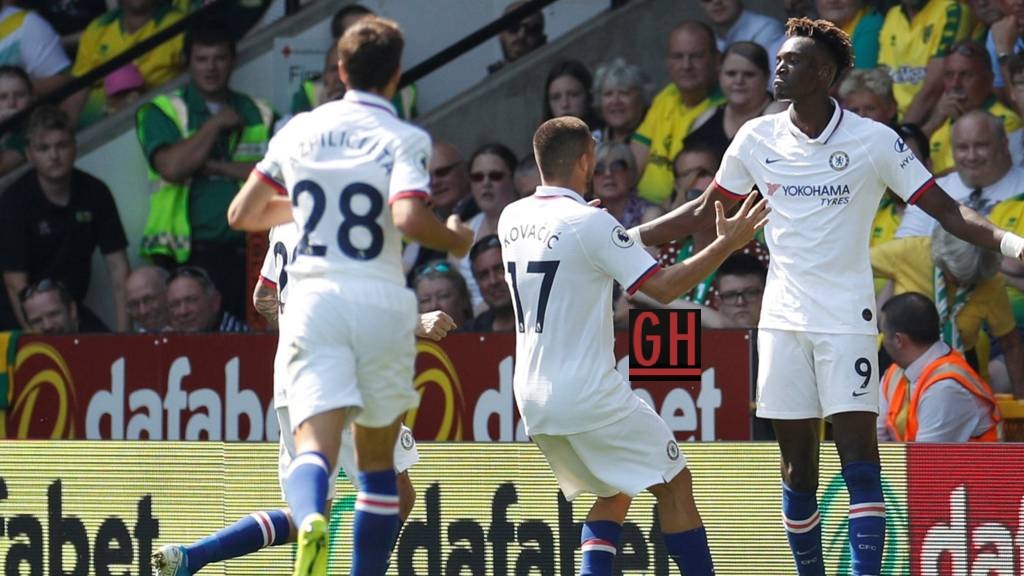 After fighting back in the first half, Norwich’s energy appeared sapped and they could not muster a third equalizer of the afternoon to deny Lampard his first taste of victory.