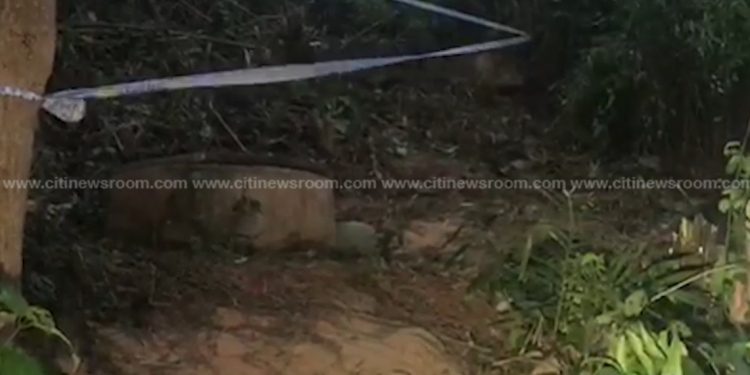 The Ghana Police Service says a fourth set of human parts has been discovered at Nkroful new site at Takoradi as part of its investigations into the three missing Takoradi girls case.

The remains were discovered at an uncompleted building where the main suspect; Samuel Udutoek Wills was re-arrested when he escaped from police custody in December 2018.

“Police investigators today, August 6, 2019, discovered a fourth set of human remains in a well at Nkroful new site at Takoradi,” police said in a statement.

This comes after a similar discovery at the backyard of Udutoek Wills last week.

A statement from the Police said, “investigations are underway to establish the identity of the remains while Police continue with all angles of the ongoing investigation.” 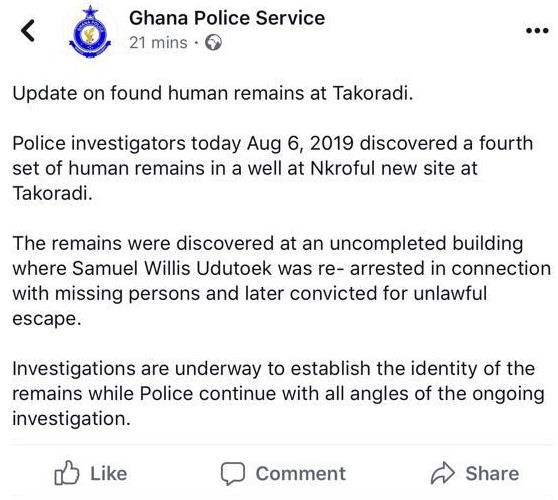 After the retrieval of the human remains last Friday, the police said it will take them four weeks to complete DNA test on the parts to ascertain whether or not those are the parts of the missing girls in question.

The families of the kidnapped Takoradi girls have also requested for an independent body to conduct the DNA tests.

According to the families, the police have acted unprofessionally hence their decision to call for independent tests.

The spokesperson for families of the three missing Takoradi girls, Michael Grant Hayford on Tuesday called for the arrest of a former District Commander for Takoradi, Peter Ofori Donkor and a CID officer known as Ametepe to aid in investigations.

He said, the District Commander, Ofori Donkor promised to bring the girls back to the family before his transfer from Takoradi.