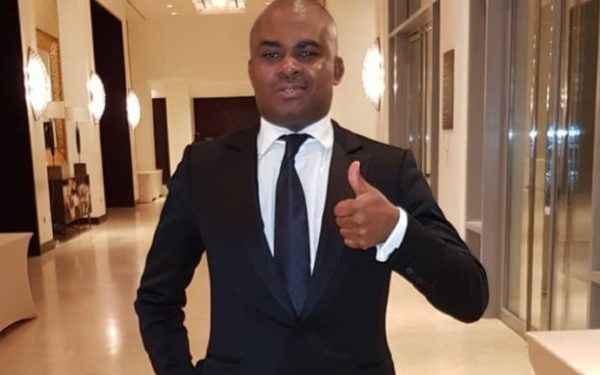 The Chief Executive Officer of Eurostar Global Limousines, a luxury car rental company, Oscar Yaw Doe has denied claims that he threatened the life of Nii Amanor Dodoo, the Receiver of defunct bank, uniBank, over an alleged GHc101,960.14 debt he owed the collapsed institution.

Oscar who is also the Chairman of Doscar Group, dared those making such allegations to provide evidence to that effect.

A Special Investigation Team set up to probe circumstances that led to the collapse of some banks including uniBank has invited Mr. Doe for questioning over the matter.

The team known as Special Investigation Team (SIT) was formed by the Minister of Justice and Attorney General on the instructions of the President to “investigate the circumstances leading to the collapse of some indigenous banks including uniBank.”

According to a letter from the team, the records in the books of the defunct uniBank show that Mr. Yaw Doe owes the bank to the sum of GHc101,960.14.

“Nii Amanor Dodoo acting in his capacity as the Receiver wrote to you to demand that you settle the outstanding balances. You responded by issuing a series of threats to his life in email correspondence from 2nd August, 2019 to 15th August 2019,” the letter signed by the leader of the SIT team, DCOP Edward Tabiri, stated.

Oscar Yaw Doe is to report to the team on Wednesday, August 28 at 2 pm.

In response to the claim on his Facebook wall in a piece titled “The sorrowful haven of low expectations, petty gossips society- Ghana”,  Mr. Doe described the allegations as unfounded.

“Where is the evidence to prove I have threatened to kill Nii Amanor Dodoo, the Receiver in Chief?   The email they were referring to were copied to more than 10 recipients including, the First Lady of Ghana, Joyce Ntim and Julius Ayivor of KPMG who works closely with the Receiver Nii Amanor Dodoo.”

Mr. Doe also accused the SIT of acting out of mandate because he feels the team has been ‘blindfolded’ just to act in the government’s interest.

The man at the centre of the allegations further described as laughable government’s decision to revoke the licenses of some indigenous banks.

So far 420 financial institutions have had their licenses revoked by the Bank of Ghana since 2017.

“Ghana Beyond Aid has turned into crocodile trying to destroy its own people, especially everyone that challenges their wrong decisions and actions! Weird! The SIT was so blindfolded. They didn’t even realize [that] what they were trying to do is not part of their mandate! Interesting times ahead!”

The 11-member Special Investigation Team was appointed by the Attorney-General and Minister for Justice in consultation with the Minister for the Interior, Minister for National Security and the Inspector-General of Police.

It followed investigations that revealed that uniBank procured and paid approximately GHS57.6 million to related entities for goods and services without an objective assessment for value for money despite a BoG directive to cease giving loans in October 2017, one of the reasons for its collapse.

uniBank’s Board was found to have been granting loans to parties related to the company under circumstances that hurt the financial base of the company.

The team comprises personnel from the Ghana Police Service, the Economic and Organized Crime Office, the Financial Intelligence Centre, the Office of the Attorney-General, the Banking Industry, and the Chartered Institute of Accountants.