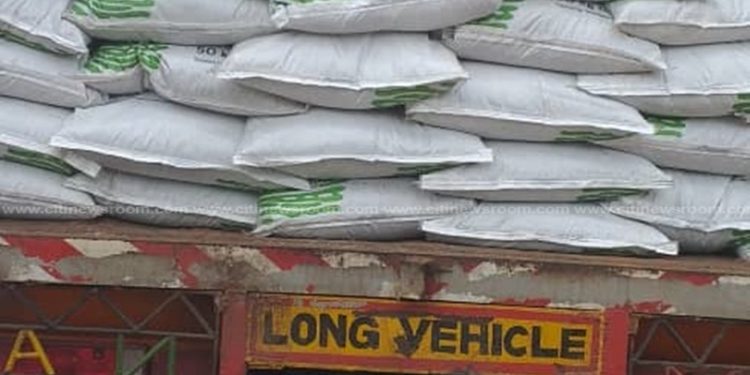 An acute shortage of government’s subsidised fertilizer has hit the Sissala East Municipality of the Upper West Region.

Some farmers in the area are now buying fertilizer from the open market at more exorbitant prices for their maize farms.

Some of the farmers who spoke to Citi News complained that they are unable to buy enough of the product due to their income levels.

A 44-year-old farmer at Tumu, Ibrahim Mahama, urged the government to revamp the security personnel in the area.

He complained that the smuggling situation has left him and other farmers worse off despite the improved security presence.

“We are pleading to change all of the security agents here and bring new security. [They should also] employ some of the boys here and give them motorbikes to be going around… We thought when they brought the soldiers, it would help us this year but this year, it has gotten worse.”

“I am facing a lot of difficulty on my farms. If you see my maize, my maize is not good. The small I have even grown, I can’t even get the fertilizer to buy.”

Meanwhile, the Upper West Regional Security Council has detailed a joint police-military patrol team along the Tumu-Burkina Faso border but Mr. Mahama says the security is not doing enough.

The Sissala East municipal Police commander, ASP Peter Abanga was not available for comment at the time of filing this report.