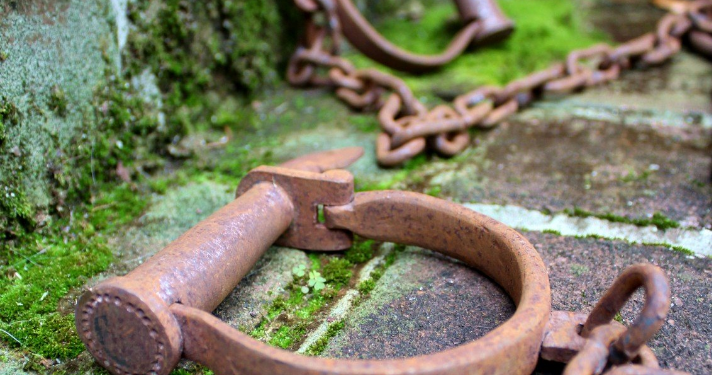 Yesterday was World Day against Trafficking in Persons. Typically, such a day would not register with me, as with most Ghanaians. It’s a concept that seems so far away. So distant. I’d probably be thinking about writing some other article or story and be fuming at the myriad of unsolved problems we face as a people.

What is so different this time is that I am able to put faces to these stories. I was in Takoradi last week, along with some journalists from other media houses who had gone on a familiarisation trip to the Western and Central regions of the work being done by the European Union (EU) in Ghana. This was a fantastic chance to go to places I had been longing to return to.

It was a generally fun trip till we were taken to the National Vocational Training Institute. There we were introduced to some young men who were undergoing training to operate forklifts. What was peculiar about these young men was not their unique Fante ways. As an outsider, I was tickled by their mannerisms. It wasn’t their drive, which was so evident. The peculiar thing about them was that they had this dark experience sitting deep inside them. They are former slaves.

Don’t drop your paper. Slavery is still in practice. It’s just not officially sanctioned as it once was. That it’s not on the radar of most states and their citizens is not really a surprise. Sometimes when I visit Facebook I see surprising stories which give credence to the belief that the life of the African isn’t worth much. The stories of these young men corroborate that feeling.

The young men, who are mostly in their 20s, had left the shores of Ghana with hopes of finding greener pastures, only to end up in conditions which can only be described as hell on earth.

One of these young men gave us his story. His name is George Forson, and he hails from Sekondi.

Through the help of some paid agents, he left Ghana through Togo, Benin and into Niger. They then journeyed through the desert. According to him, “All my troubles started once we got into the desert. We got into an accident when we got to the desert, and for nine days, I didn’t have a drink of water or a morsel of food. Eventually, our car got fixed and we set off for Libya.”

He recalls how difficult life was in Libya. How they had to stowaway in the boots of cars to be transported from one town to the other. He told of how for three weeks they were using the byways in order to avoid detection, just so they could reach the Libyan coast.

With the greater part of the journey behind him, he started harbouring dreams of reaching Italy. George told us that when they got into Tunisian waters, the boat they were travelling on was attacked by a band of kidnappers.

He was taken to a camp at ‘Sabra-Tatul’, where the total population of kidnap victims exceeded 2,700.  At ‘Sabra-Tatul’, they were subjected to the most inhumane treatment possibly. They were cramped in a room filled with human excreta, without any toilet facilities. Even their captors could not stand to come into their cells due to the stench. From ‘Sabra-Tatul’, he, with other prisoners, was taken to another camp called ‘Sualah’. The conditions were no better at ‘Sualah’. There, he experienced even more starvation, as they were only fed on inadequate spaghetti.

George recounted how people died in droves, with between three and five people dying each week.

He was again moved, this time to a suburb of the Libyan capital, Tripoli, where the conditions were no less harrowing.

He and the other captives were subjected to constant beatings, which led to a lot of irritability among the captives. Coupled with the Anglo-francophone language barrier, there were frequent fights among the demoralised captives, which led to even more beatings.

According to George, he was kept at seven prison facilities before the International Organisation for Migration (IOM) came to his rescue.

After their rescue, the IOM promised the rescued returnees some monies, which have been slow in coming.

He expressed regret at having made the journey to Libya, and expressed gratitude to the IOM and the EU for the help given them upon their return.

If there is one thing I noticed, it was the trauma which these young men have been living with. I asked them if they have had any counselling, and they answered in the negative.

It was also clear that their story had not been told. Some of their old acquaintances know what they have been through, but the wider society hasn’t heard their stories. And that is where the gullibility of the young gets the better of them. These men deserve to have their stories told to serve as a warning to others who harbour dreams of making the perilous journey across the desert to greener pastures in Europe.

George’s was not the only story. These men I met were more than 30 in number. They have been to hell and back. They will not all tell their tales. That was clear when some told me their stories were too painful to recall verbally. But definitely, those who can speak deserve to be heard.

Hopefully, George Forson and his friend will complete their training, get jobs and have no reason to flee the shows of Ghana with dreams of a better life elsewhere.

But this begs these questions: What steps is the Government of Ghana taking to stem the tide? Is it even aware of the massive number of its youth who are flying into the hellish embrace of slavery? Does it care?

Finally, I want to ask: how much is the life of a Ghanaian worth in the eyes of our government?

The PDS rumpus: Don’t spare anyone if… [Article] 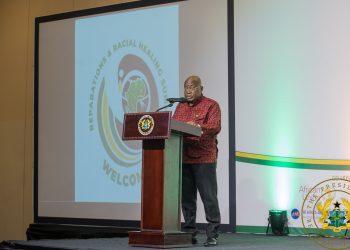 The PDS rumpus: Don’t spare anyone if… [Article]