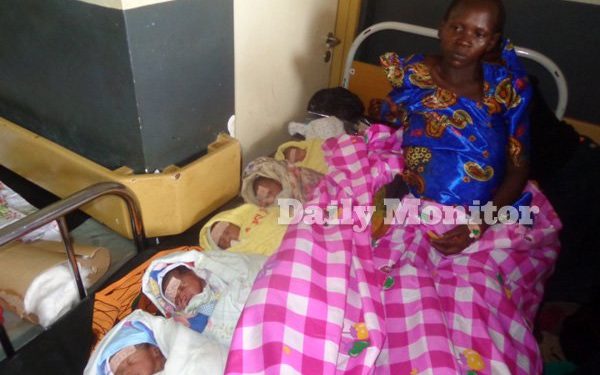 A woman in Uganda has been surprised by the birth of quintuplets – three girls and two boys – as she was expecting twins, the country’s Daily Monitor paper reports.

Sofiat Mutesi, from the village of Nawaikoke in the east of the country, has previously given birth to twins and triplets, one of whom she has since lost, the private newspaper says.

“I am surprised to deliver five because when I went for a scan at Nsinze health centre, medics told me that I was carrying two children,” she is quoted by the paper as saying.

She has reportedly appealed for help to care for her growing brood.

According to the Monitor, her first husband died and her new partner himself now has a total of 20 children.

“For the years I’ve worked in this hospital, I’ve never seen someone giving birth to five children. We have mainly had twins and triplets… The babies were delivered full term but they were just small and need care,” the nurse is quoted as saying.