US: Over 10,000 vote on whether new chimpanzee should be named ‘Afia’ 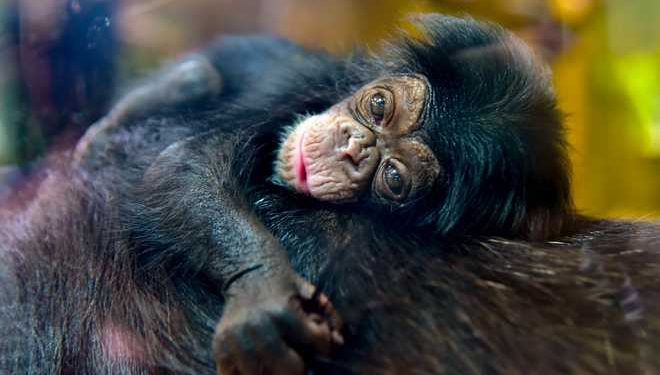 The latest addition to the Maryland Zoo’s chimpanzee family has a new name.

The zoo announced Friday the winner of its online naming contest for the baby girl chimpanzee.

The names up for vote were:

And the winner is Lola!

“We had about 10,000 people voting, and Lola got about 35 percent of those votes, so it was a clear favorite,” said Margaret Innes, assistant curator at the Maryland Zoo. “It’s a great day for us. It’s wonderful to have a new generation in our chimpanzee troupe and lovely that we can share it with everyone here today.”

“We’re so happy she officially has a name now,” said Pam Carter, Chimpanzee Forest area manager. “Animal care staff will use individual names, especially during training sessions. The chimpanzees all recognize their own names as well as each other’s name.”

Baby Lola was born July 5 and made her big debut July 19. Zoo visitors can see Lola and her mom, Bunny, at the zoo’s Chimpanzee Forest.

Lola is one of 13 chimpanzees at the zoo. She’s estimated to weigh about 4 pounds, and looks much like a miniature version of her mom.