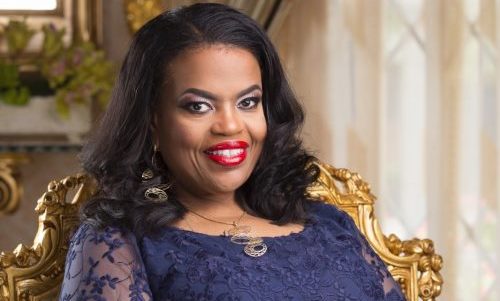 The Year of Return celebration in Ghana goes beyond tourism as it can be used as a means to get more businesses and individuals to invest in for the country.

This is according to the wife of Archbishop Nicholas Duncan William, Rosa Whitaker.

According to her, it is a step in the right direction that Ghana has taken to spearhead the commemoration of the Year of Return in African.

Speaking to the press on sidelines of an event to mark the 400th year enslaved Africans first landed on the shores of America, one of the most prominent African American in Africa, Madam Whitaker stressed that Ghana is building a new framework for African American engagement and 21st country pan-Africanism.

“I know some people have said all the return is a stroke of genius for tourism but it’s significantly more than that. The discussions that I have witnessed and the kind of partnership that has been established and the collaboration is really priceless we have a lot of capacity in the business sector on both sides of the Atlantic”.

“I am so glad that Ghana is playing a leadership role in making this happen. We are building a new framework for African American engagement and a new framework in the definition of 21st-century Pan-Africanism,” she added.

The “Year of Return 2019” is a major landmark marketing campaign targeting the African – American and Diaspora market to mark 400 years of the Trans-Atlantic Slave Trade.

The Ghana Tourism Authority, and the Ministry of Tourism, Arts and Culture, are coordinating the year-long calendar of activities in “celebration of the resilience of the African spirit”.

A number of events have so far been held to mark the Year of Return.

Banking crisis due to your inaction – NPP fires back at Mahama