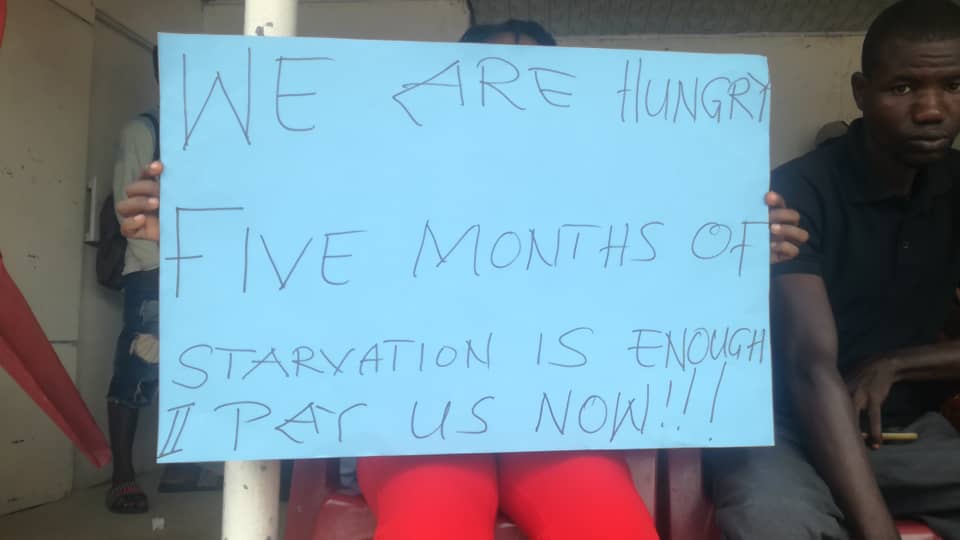 Some recruits of the Youth in Afforestation Programme on Wednesday morning massed up at the Jubilee Park in Kumasi to protest delays in the payments of their allowances.

The recruits say they will continue to hold similar exercises to compel the government to pay them their stipends.

This is the third time Youth in Afforestation recruits in the Ashanti Region are embarking on a protest since the program was launched in 2018.

They have called on the government to address issues regarding payments of their stipends and ensure the payment is consistent.

A beneficiary who spoke to Citi News said government had not paid them for some months.

“The government has engaged us yet the government is not paying us. If you compare NABCo to us there is a policy on NABCO. For youth in afforestation, there is no policy. We have no insurance.  If our members go to the bush and get themselves hurt, we have to bear the cost,” he said.

“We have worked for the past six months. We have not received our salaries,” another beneficiary complained.

Meanwhile, Police have picked up one of the recruits who had a handcuff in his possession.

This protest comes at a time when beneficiaries of NABCO are also threatening to protest over their unpaid allowance.