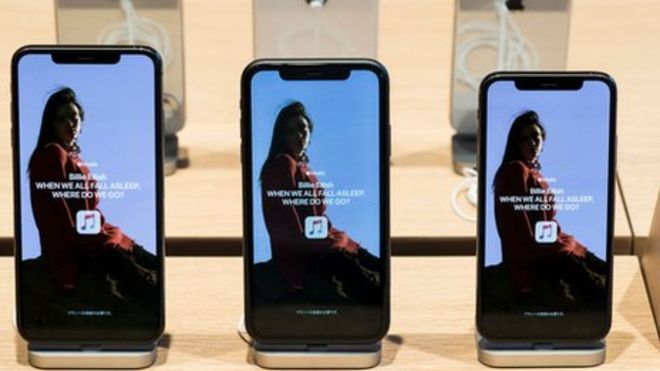 Apple has responded to a report by a campaign group which criticised working conditions at a factory where iPhones are made.

Under Chinese law, only 10% of a workforce can be temporary.

Apple admitted the number of temporary staff “exceeded [its] standards” but denied the other claims.

The campaign group, China Labor Watch, said its investigators had spent time working in the factory in Zhengzhou, and one person on the team had been there for more than four years.

It claimed that 50% of the staff in the factory were temporary, some of them students, and were not receiving promised bonuses.

“We have confirmed all workers are being compensated appropriately, including any overtime wages and bonuses, all overtime work was voluntary and there was no evidence of forced labour,” Apple said in a statement.

Last month, Amazon said it would investigate after similar claims were made by China Labor Watch about the number of teenage interns working long hours to manufacture Echo devices, also in Foxconn factories.

Foxconn said it had reviewed its operations and had found “some workforce compliance issues” that it was addressing.

“At no time did we find any evidence of forced labour and we can confirm that this facility currently has no interns working overtime,” it said in a statement given to AFP.

Foxconn manufactures the iPhone, as well as other electronic devices for other brands.

Thousands in China took to social media platform Weibo to share their thoughts about the report.

Many believed Apple rather than Foxconn was at fault, while others were critical of Chinese labour laws.

There were discussions about the controversial “996” working hour system in China – the idea that workers, predominantly in tech, work 09:00 – 21:00, 6 days a week.

Many users asked why the authorities had not done enough to prevent labour infringements, and described existing labour law as “a joke”.

Others said that such hours had simply become the reality. They added that high levels of temporary workers in August were perhaps to be expected, given that it’s the summer holiday, and students (many of whom don’t work during their studies) are squeezing in some work experience.

Coming in the middle of a huge media campaign to promote buying locally, rather than relying on US products, others said they would rather buy a Huawei phone anyway.