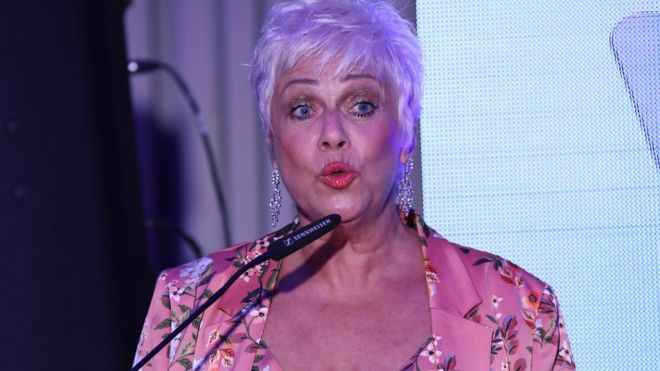 Actress Denise Welch has been praised after sharing her experience of the “unwelcome visitor” of depression.

The Loose Women panellist posted a series of videos on Twitter, in an attempt to explain depression “to those who are fortunate enough not to suffer”.

“As someone who professes to be a mental health advocate I have to share the bad times with you,” she said.

Ms Welch, 61, said on Sunday that she began to feel unwell at the weekend after experiencing what she described as a changing atmosphere.

She said: “How I describe it is the colour goes out of my life and people I am around that I love being with I don’t want to be around.”

She added: “Things that I have to look forward to I don’t want to be a part of.

“And even just things I have to do this week, I start stressing about maybe having to withdraw from something and maybe letting somebody down.”

Ms Welch posted a follow-up video on Monday captioned: “Today is a better day. No swirls. He’s leaving I hope.”

“I think the visitor made a short visit and is on his way out,” she said.

The actress was praised by people on Twitter who said she was “increasing understanding”.

Another person wrote: “I’ve genuine tears in my eyes watching this, knowing the struggle all too well as someone who has clinical depression.”

‘Cruel, isolating, invisible’
Ms Welch said she wanted to “chronicle this journey” as her emotions changed.

“The fact that the video resonates with so many people… it is a horrible illness, it is cruel, it is isolating, it is in the main invisible, but it can be terminal,” she said.

“That is why it is very, very important for me to use the slight platform that I have to talk out.”

He said: “We often see Denise as a smiley, cheery person and it breaks the stigma about what a person with depression looks like.”

Mr Blake added that the reaction to the videos “also shows social media is a force for good” and that “it is brave and courageous to be open and vulnerable”.

Ms Welch’s representative said she is being supported by her family and friends.

I haven’t changed, others criticizing me have – Rawlings

I haven't changed, others criticizing me have - Rawlings