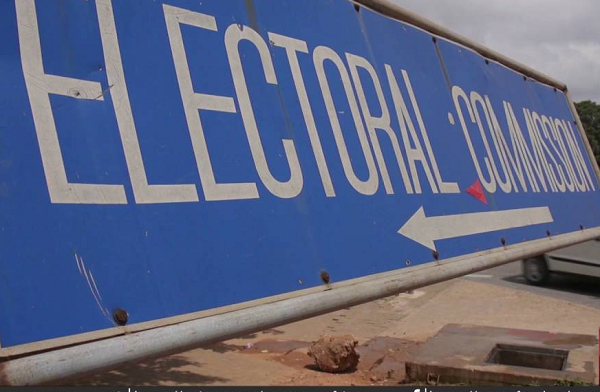 The Electoral Commission (EC) is undertaking sweeping reforms to enhance what it terms effective administration of elections in the country.

The Deputy Chairman of the Commission in charge of operations, Samuel Tettey disclosed this at an interaction with the European Union Election Observer Mission engagement today [Friday].

According to Mr. Tettey, the EC will also create separate Legal and Procurement entities to handle the Commission’s internal affairs.

“We also undertook some demarcation exercise in relation to creation of more electoral areas. Unfortunately, the Commission received a lot of petitions on the creation of the new electoral areas – petitions from MPs, petitons from district chief executives, opinion leaders and the Commission thought that we could not afford to sweep all these petitions under the carpet and for that matter, the committee has been set up to look into these challenges.”

“What we did was that there were some districts, especially some of the newly created ones which had three or four electoral areas so working within the Assembly will be difficult because of the committees so all districts with less than ten electoral areas will give them the opportunity to increase the number of electoral areas so the committees and assemblies can work effectively. We are looking at the issue of review of the constituencies. It cannot only be centered on increasing but rather depending on what the Committee recommended, it is likely some constituencies may be collapsed.”

The Paramount chiefs of Lolobi and Akpafu Traditional areas recently sued the EC over what they termed as “unlawful deletion” of their areas from the Hohoe Municipality.

According to Nana Akoto Masakyi III and Nana Tetteh- Attu IV, the EC in laying the Districts Electoral Areas and Designation of Units Regulations, 2019 before Parliament placed Lolobi and Akpafu under a newly created Jasikan district contrary to the 1992 constitution and Local Governance Act 2016.

They argued that the Electoral Commission has no power to create districts.

The chiefs also asked the tribunal to restrain the EC from forcibly removing Lolobi and Akpafu traditional areas from the Hohoe Municipality.

“The defendant’s action of placing Lolobi and Akpafu under the new Jasikan District is in bad faith because it is calculated to undermine steps being taken by the chiefs and people of Akpafu and Lolobi traditional areas to reverse their unlawful inclusion in the Oti Region.”

“The defendant is also aware of the fact that the chiefs and people of Lolobi and Akpafu did not petition the President/Commission to be included in the new region. On the contrary, the chiefs and people of Akpafu have consistently maintained (since 1945) that they did not want to be part of the Jasikan/Buem District or Constituency nor Oti Region,” they argued in their writ.