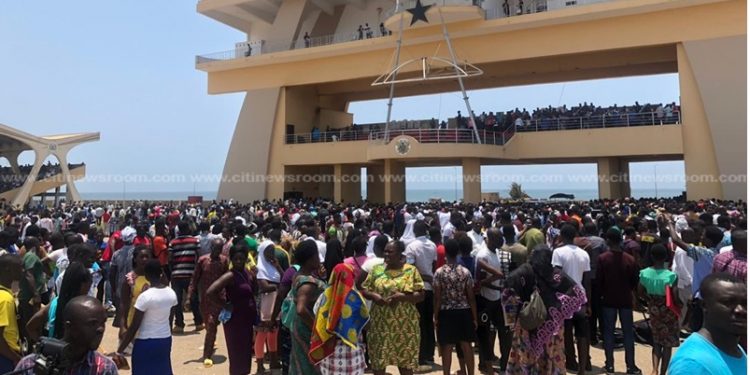 The National President of the Parents Teachers Association (PTA), Alexander Danso has blamed the Ghana Education Service (GES) for challenges associated with the placement of first year students to the various Senior High Schools.

Mr. Danso on Eyewitness News said the GES did not only fail to walk parents through processes of the placement system but also asked them to do self-placement for their wards– a decision he believes has accounted for the current challenges.

“I will lay the blame fully on GES. Immediately the placement was through, parents were asked to do self placement so they did the placement, got their schools, printed the placement forms for the endorsement of their school heads, sent them to the schools that they have been placed and they had been given prospectus only to be told to redo the whole thing. Why should it be so?”

“If indeed they are not prepared why should they do that? And look at the problems people are going through. People have been standing in the scorching sun from morning to evening. The GES should have done a lot of sensitization on the processes. Now you have allowed those who do not want the schools they were placed joining those who do not have schools and parents always bear the brunt,” he complained.

Mr. Danso wondered why the placement system which had been practiced for ten years was still fraught with challenges.

“We have practiced the placement system for over ten years so haven’t we learnt our lessons? Haven’t we been able to learn the challenges that come with this system? This year surmounts the previous years. We cannot have all this and we bear the brunt. To the extent that the mother and the child passes all that before they get their placement. Can’t we learn from these things?”

Thousands of students gathered at the Black Star Square in Accra seeking to rectify errors with their placement into Senior High schools.

The exercise was put in place to enable qualified students to get a place at schools they may not have chosen but have space.

As Senior High schools reopen this week, a number of the students who qualified have not yet been placed by the Computerised School Selection and Placement System (CSSPS).

“Some of them came as early as 2 am because some of them have to be in school. They are part of the green track.”

The exercise was marred by incidents of students collapsing.

Some of them were admitted at the Emergency Department at the Greater Accra Regional Hospital, Ridge Hospital after they passed out.