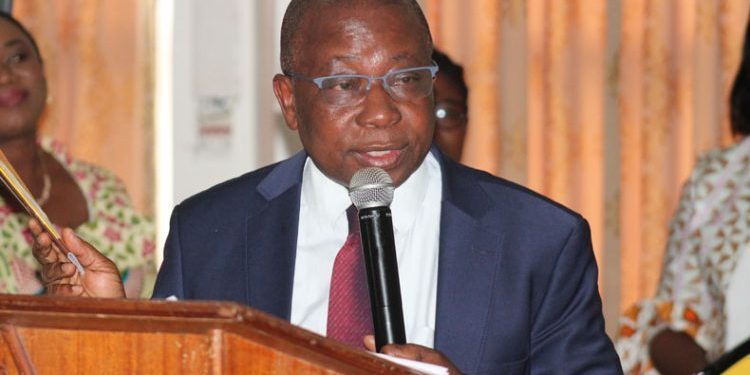 Ghana and the Kingdom of Saudi Arabia on Wednesday signed a concessional loan agreement, under the ‘Saudi Fund for Development’ to finance the construction of health projects in the Upper East Region.

The loan, among other things, would help to supply the installation of medical equipment to the Adjunct Clinical Block at the Bolgatanga Regional Hospital in the Upper East Region.

It has a grace period of 10 years and a repayment period of 20 years at a total grant element of 49.0 percent.

Mr Ken Ofori-Atta, the Minister of Finance, signed for Ghana while Mr Khalid S. Alkhudairy, the Vice Chairman of the Saudi Fund for Development, signed for Saudi Arabia.

Mr Ofori-Atta said the provision of the concessional funding in the health sector was in line with Government’s vision, under the Sustainable Development Goals and Universal Health Coverage, of ensuring that every region had an ultra-modern secondary referral hospital.

That, he said, would help to bridge the geographical gap and ensure the Adjunct Block was provided with required infrastructure, medical equipment, and ancillary services.

This would ensure the hospital is fully operational and befitting the status of a regional health facility.

The Minister said the Kingdom of Saudi Arabia had also supported Ghana with concessional facilities like the rehabilitation of the Bolgatanga Regional Hospital Phase II, Madina-Pantang Section of the Tetteh Quarshie Mamfe Road Project, Rural Health Centre Project I & II, Northern Grid Power Project, Tema and Takoradi Port rehabilitation and the completion of the Kpong Hydroelectric.

In line with the “Ghana Beyond Aid” agenda, he said Government was preparing a “Ghana Development Cooperation Policy” document to improve the effective and strategic use of development cooperation to support implementation of the National Medium Term Development Plan.

He gave the assurance that Government would continue to ensure efficiency and accountability in the use of all public resources, including those from development partners.

Mr Khalid, on his part, said the Kingdom of Saudi Arabia was happy to support Ghana to achieve its agenda of providing basic healthcare for her citizenry and contribute to universal health coverage.

“We look forward to the day of commissioning and inaugurating these projects and we admire the step by the Government of Ghana to cooperate with Saudi to promote its health sector,” he said.

The projects, when completed, would be of immense benefit to Ghanaians and other foreigners, he said, adding that, it would give Saudi Arabia a reason to collaborate more with the country in other health sectors.

Mr. Kwaku Agyeman Manu, the Minister of Health, said he was happy to have signed the agreement, as he had been queried on several occasions by the people of Bolgatanga as to when the project would be completed.

He said the implementation process would soon follow to roll out the project and completed within the stipulated schedule.