Ghanaians to pay for cost of translated information under RTI 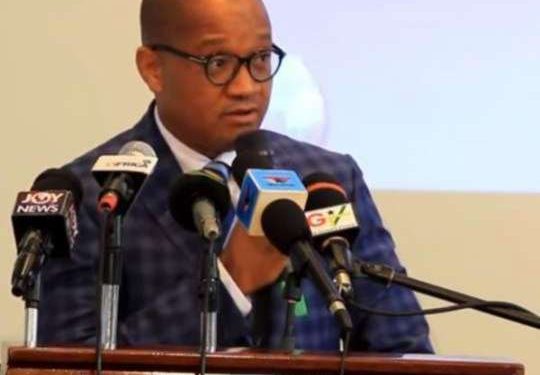 Mr Ben Abdallah Banda, Chairperson of the Committee on Constitutional, Legal and Parliamentary Affairs, says applicants who may request for information in translated language of their choice when the Right to Information Law comes on stream next year would pay for the cost of translation.

He said for instance, if someone demanded that information requested from RTI information officer should be translated into French or Twi, the applicant would bear the cost of translation.

Mr Abdallah Banda, who is the Member of Parliament for Offinso South, told journalists during a training workshop for Chief Directors and Regional Coordinating Directors in Accra ahead of the operationalization of the RTI Law in January 2020.

He said the RTI law required government to proactively provide strategic information to the public without necessarily waiting for someone to apply for it.

However, he said there were certain information that was exempted from being given out to the public or classified and that exemption was grounded within the RTI law.

Mr Abdallah Banda said any law that authorised the release of information to the public that contradicted the RTI law, the RTI law will always reign supreme.

Mr Kojo Oppong Nkrumah, the Minister of Information, for his part, said 600 information units would be established across the country, while information officers would be appointed to manage them for the implementation of the Right to Information Act in January next year.

The information officers would be trained on the RTI law and the Data Protection Law so that they would meet the demands of applicants who might request for information.

The participants for the workshop were drawn from the Ministries, Departments and Agencies (MDAs) across the country and taken through data mapping exercise, basic rudiments of the Data Protection Law and setting up of information units.

The RTI law seeks to give effect to Article 21 (1) (f) of the 1992 Constitution which states that “All persons shall have the right to information subject to such qualifications and laws as are necessary for a democratic society”.

Mr Oppong Nkrumah said the training would enable the participants to be abreast of the new law and support the government’s implementation drive.

He stated that government would equip the information units with the requisite equipment in order for them to deliver on their mandates.

He said the cost of the operationalisation of the law had been forwarded to the Ministry of Finance for validation to ensure timely release of funds to the various information units.

The Minister said a test run would be conducted in December this year, to assess the readiness of the various information units and personnel before the actual implementation in January 2020.

Mr Felix Chaahaah, the Volta Regional Coordinating Director, who is also a participant at the workshop, in an interview with the media, said the training had been beneficial and believed it would enhance accountability and transparency of the public service.

He expressed optimism that the manual records of the various ministries, departments and agencies would be digitised before January next year, so that information requested by the public could be released in its soft copy.

He said frantic efforts were underway to equip the information units with computers and other facilities, in order to serve the public effectively.