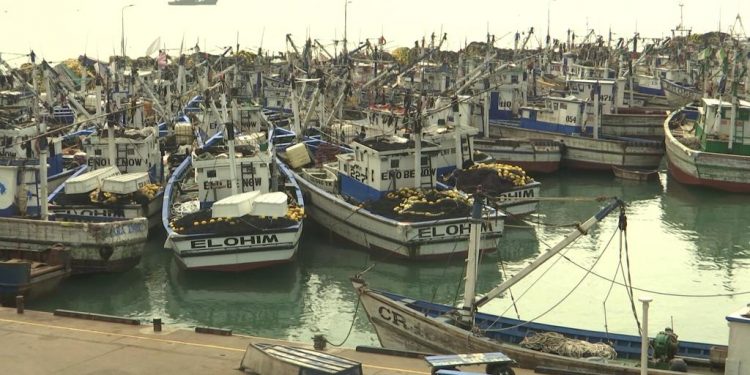 In the spate of about one year since August 2018, the phrase “Closed Season” has become commonplace in Ghanaian parlance, especially among fishers in the marine sector. August 2018 almost became the first time Ghanaian artisanal (canoe) and semi-industrial (inshore) operators would have had the opportunity to participate in a fishing closed season at least since the Fisheries Act, 2002 (Act 625) was enacted seventeen years ago.

Section 84 of the Fisheries Act is dedicated to Closed Seasons, which is just one of management measures contained in the Marine Fisheries Management Plan (2015-2019), aimed at easing the fishing pressure on commercial marine fish stocks.

The development of the Marine Fisheries Management Plan in line with Section 42 of the Fisheries Act was in response to meeting conditions to remove the “yellow card” imposed by the European Union from 2013-2015 when Ghana was identified as a non-cooperative Third-Party State in the fight against Illegal, Unreported and Unregulated fishing (IUU) pursuant to the Council Regulation (EC) No 1005/2008 establishing a Community system to prevent, deter and eliminate IUU fishing.

The tuna fleet under Recommendation [14-01] of the International Commission for the Conservation of Atlantic Tuna (ICCAT), have been observing on an annual basis a two-month (1 January- 28 to 29 February) moratorium on fishing on Fish Aggregating Devices (FADs) since 2013.

The purpose of this moratorium is to ensure that juvenile tropical tuna (Bigeye, Yellowfin, and Skipjack tuna) are not fished (but protected) as they migrate in the waters of the Gulf of Guinea extending to the eastern borders of South America.

The very first attempt to implement fishing closed season in Ghana based on the Marine Fisheries Management Plan (2015-19) was when trawlers were banned from fishing for one month in November 2016. The trawler fleet subsequently implemented two-month fishing closed seasons in 2017 (February-March) and in 2018 (January-February).

According to the Marine Fisheries Management Plan (2015-19) fishing closed seasons should be “implemented from May and June between two upwelling periods when adult fish come close to shore to spawn”. It further suggests “1-2 months (for all fisheries) and to be revised yearly, up to 4 months in year 5 of the Management Plan”.

The biomass and production of the commercially important small pelagic and demersal fish stocks have declined drastically in the past two to three decades as a result of overfishing, overcapacity and the rampant use of illegal fishing methods. The aforementioned three fishing closed season observed by the trawlers outside May to September have therefore been criticized for not being scientifically-based.

Thus from 2017, the Scientific and Technical Working Group (STWG) under the auspices of the USAID Sustainable Fisheries Management Project (SFMP), composed of Academia, Fisheries Scientists, and Fishers, have proposed that the closed seasons should be scientifically-based and should coincide with the August peak spawning season for small pelagic fish stocks for achieving optimum impact in terms of biomass of new recruits to the fishery.

The Ministry of Fisheries and Aquaculture Development (MOFAD) and Fisheries Commission (FC) therefore declared the 2018 fishing closed season for trawlers, semi-industrial vessels and canoes in August after consultations with and sensitization of key stakeholders in the fishing sector.

Following several pertinent concerns raised by artisanal fishers in the period leading to the 2018 August closed season, about inadequate information, poor timing because of the month of August being the “bumper” season and also period for several traditional festivals, a cabinet directive on the eve of the 2018 closed season, postponed the ban to 2019.

Preparations towards the 2019 closed season began immediately with consultations among stakeholders until two separate dates (15 May to 15 June 2019 for canoes and semi-industrial fleet; and 1 August to 30 September 2019) were proposed by the National Fisheries Associations of Ghana (NAFAG) on 5 February 2019 at NAFAG Hall in Tema. The dates were agreed upon by MOFAD and FC and a declaration on the 2019 fishing closed seasons was made by the sector Minister on 10 March 2019.

Despite, once again, criticisms from the scientific community and some fishers about the different periods for the fleets, and the May-June closed season, instead of August, for the canoe and semi-industrial fleets, the 2019 fishing closed season saw a smooth implementation from 15 May 2019 up to 15 June 2019 with full compliance by the canoe and semi-industrial fishers.

It is appropriate to congratulate all stakeholders, especially the fishers for being able to implement Section 84 of the Fisheries Act for all fishing fleets for the first time since 2002. The trawl sector also followed with a two-month closed season which has also been deemed to be successful.

The excellent compliance so far by the artisanal, semi-industrial and trawl operators give indication of an expectation on the part of the fishers that the closed season would impact positively on the small pelagic and demersal fish stocks and there are likely to be gains in terms of increased fish production in the short to long term. In this case, then, the need to sustain the expected gains into the long future becomes paramount.

The STWG have given indication since 2017 that the small pelagic fish stocks face potential collapse by 2020 if measures suggested in the Marine Fisheries Management Plan (2015-19) including closed seasons, are not implemented immediately, and continued in the long term. The story of the importance of the fisheries sector has been repeated so many times: 10% of the population, directly and indirectly, depend on the fisheries resource; too many boats are chasing few fish; rampant illegal fishing methods; weak enforcement of fisheries laws, etc.

With the above narrative about the fisheries sector in Ghana, there is therefore the need to do more beyond the implementation of closed seasons since any gains made by way of increased fish biomass could be wiped out quickly by uncontrolled and illegal fishing activities. Many artisanal fishers are concerned about light fishing by some artisanal and semi-industrial fleets, landing and dumping of small pelagic fish by trawlers as well as the use of dynamite, poisonous chemicals and small-meshed nets.

Sustaining the gains from the fishing closed season would require implementing fully the Marine Fisheries Management Plan (2015-19) whose purpose includes the following:

• To reduce the excessive pressure on fish stocks;
• To ensure that fish stocks within the marine waters of Ghana are exploited within biologically acceptable levels;
• To ensure that effective fisheries legislation is implemented to protect the nation’s fish resources;
• To protect marine habitats and biodiversity

The Marine Fisheries Management Plan also provides major strategic responses to dealing with the above issues as follows:

In moving forward, the Ministry of Fisheries and Aquaculture Development and the Fisheries Commission must step up efforts in fulfilling its mandate of managing and regulating the exploitation of the fisheries resources as indicated in the Fisheries Act, 2002 (Act 625). This would require resources in terms of staff and material logistics to be able to deliver on their mandate in the coastal and riverine areas of Ghana, including education and sensitization of fisheries stakeholders.

The Fisheries Enforcement Unit (FEU), whose mandate as stipulated in Subpart IX of the Fisheries Act, 2002 (Act 625), is monitoring, control, surveillance and enforcement of fisheries laws in all fishery waters in Ghana, and which brings together personnel from the Fisheries Commission, Ghana Navy, Marine Police, Attorney General’s Department and many others, must equally be equipped to fulfill this important mandate of preventing, deterring and eliminating Illegal, Unreported and Unregulated fishing (IUU) by both Ghanaian and foreign-flagged vessels in Ghanaian waters and by Ghanaian flagged vessels in third party states and areas beyond national jurisdictions (ABNJ).

Equally important, Ghanaian fishers must endeavour to voluntarily comply with the provisions in the fisheries legislation which are aimed at sustainable exploitation of the fisheries resources in our waters (as they have done with the 2019 fishing closed season). Gauging from the overcapacity, overfishing and depletion of the fish stocks, Ghanaian fisher associations must vigorously support the effort of reducing fishing pressure on the stocks to give meaning to investments their members have made in the sector.

Finally, the unflinching support of all international development partners and high academic institutions would be very welcome in achieving sustainability and profitability in the Ghanaian fisheries sector.

The writer is the Western Regional Director of Fisheries Commission