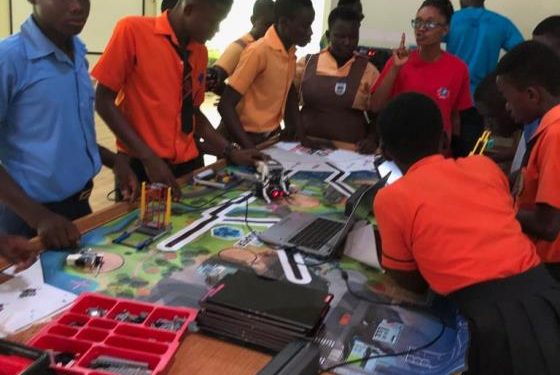 Speaking at the official inauguration of the Yamoransa Model Lab 5 at Kyebi in the Abuakwa South Municipality of the Eastern Region, President Akufo-Addo in a speech read for him by the Minister for Works and Housing, Hon. Samuel Atta Akyea, said his government fully “endorses and embraces the efforts of Helping Africa Foundation in spreading computer literacy in our schools”. 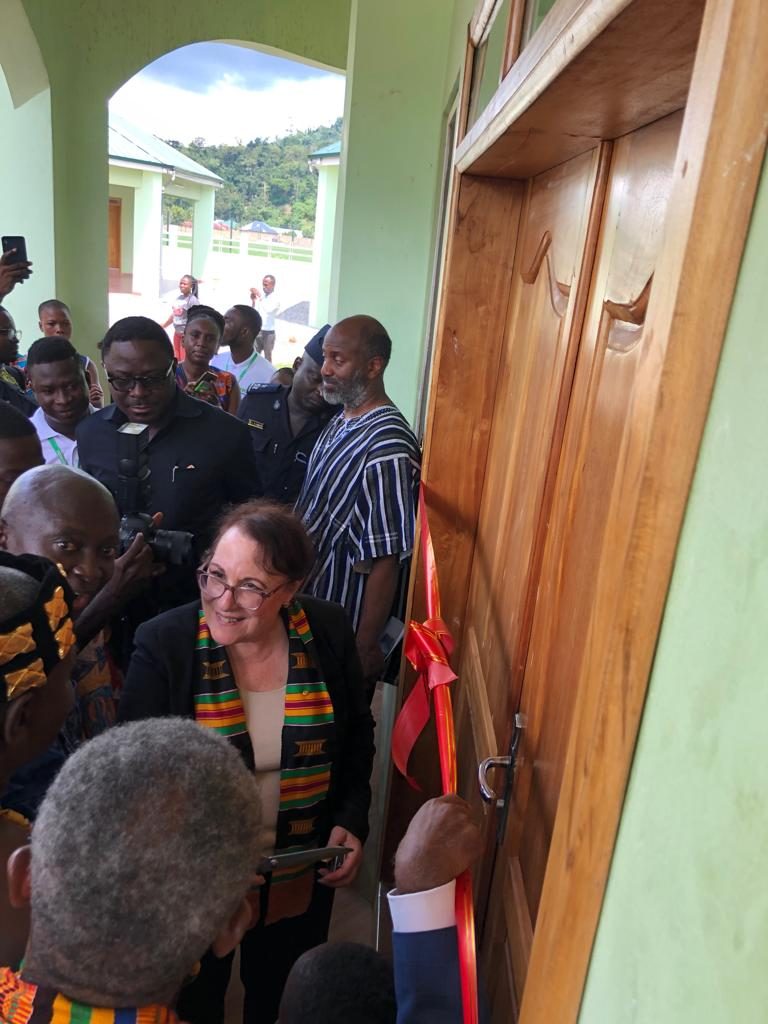 The Yamoransa Model Lab 5 was built at Kyebi through the influence of President Akufo-Addo, and it remains one of the most advanced of all the existing computer Labs built by Helping Africa Foundation in Ghana.

It has a MakerSpace specially designed by TECHAiDE, a for-profit social enterprise to help prepare Ghanaian students who need the critical 21st century skills in the fields of Science, Technology, Engineering and Mathematics (STEM).

President Akufo-Addo was confident that the promotion of ICT education by the private sector will support and facilitate the government’s vision of a digitized Ghana.

Dr. Deborah Rose, President of the Friends of Yamoransa Foundation, expressed her appreciation to the President, Nana Akufo-Addo for working closely, supporting and ensuring that the Yamoransa Model Lab 5 was built in Kyebi to empower students and teachers in their academic work.

“We are proud to work with the Ministry of Education of Ghana to implement its Junior High School (JHS) curriculum for ICT. Because many villages lack reliable electricity, we have always incorporated banks of batteries to provide back-up power for the labs when needed. This year, we have also begun adding solar panels to the package,” Dr. Rose indicated.

She said that due to the absence of broadband internet service in most rural areas, TECHAiDE had improvised a Made-in-Ghana invention, the “Asanka Device” which functions as a local version of the internet for the ICT labs. 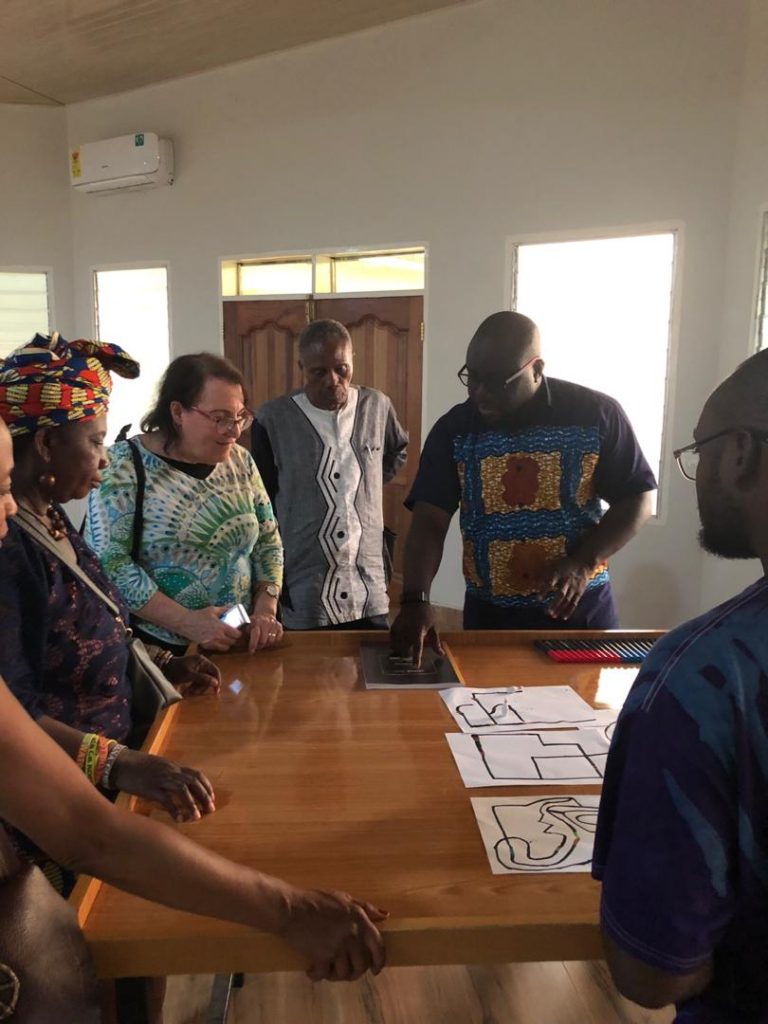 “Packed on a hard drive is the ICT curriculum for grades 7-9, plus the additional resources of the “Edulab Gold” software package. An embedded chip provides wi-fi service for the distance of half a football field”.

Mr. Japhet Aryiku, Executive Director of Helping Africa Foundation said the essential mission of his NGO was working to improve the education, health and social conditions in Sub-Saharan Africa, especially in Ghana.

He said the Kyebi lab was preceded by the Yamoransa Model Lab 4 at Choggu in Tamale, and is the only ICT lab that has Robotics and 3D printing facilities.

Mr. Aryiku noted that all the five ICT labs and those yet to be built are called the “Yamoransa Model”, because the HAF and the FYF are aiming to support and assist initiatives and projects that are driven by the local community.

He therefore charged the political, religious, traditional, elders and civic leaderships of the Kyebi community, to fully support the project in a sustainable way.
The Chief Executive Officer of TECHAiDE, Mr. Kafui Prebbie, indicated that the new ICT centre has a MakerSpace to help prepare Ghanaian students who need the critical 21st century skills in the fields of Science, Technology, Engineering and Mathematics (STEM).

The lab according to Mr. Prebbie is programmed for the studies of ICT, Mathematics, Science and English Language.

The Paramount Chief of Akyem Kwaben, Daasebre Ayimadu Kantamanto II, who represented the Okyehene, Osagyefuo Amoatia Ofori Panin, commended the HAF and FYF, and President Akufo-Addo, for choosing Kyebi for such a magnificent ICT project, and assured the project financiers of the full commitment of the Chiefs and people to maintain and sustain the Yamoransa Model Lab 5 in order to benefit more students in the future.

The Abuakwa South Municipal Director of Education, Madam Grace Owusu Addo, commended President Akufo-Addo, Friends of Yamoransa Foundation and Helping Africa Foundation, for bringing such a magnificent ICT project to Kyebi and assured that the Ghana Education Service shall collaborate with the Municipal Assembly to ensure that the facility was properly maintained to serve the purpose for which it was established.

The Abuakwa South Municipal Chief Executive (MCE), Mr. Kojo Safo, also appreciated the President and financiers of the project, and called for massive investment in the study of ICT to enable the young generation to catch up with the rest of the world.

Special students with disabilities also receive equal opportunity to study ICT at any of the Yamoransa Model Labs including that of Kyebi, as arrangements have been made for special teachers to handle such students with utmost respect and care.