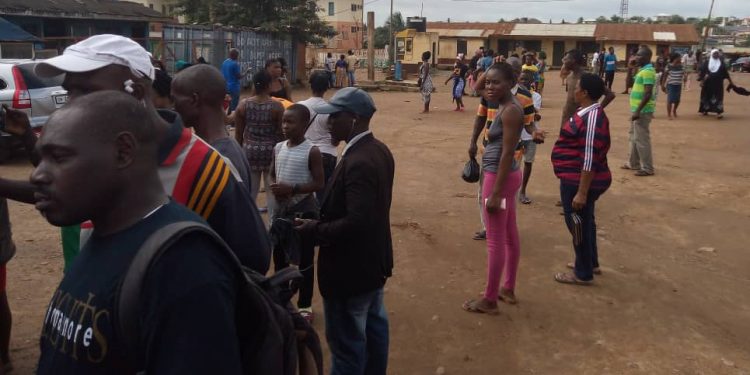 A joint Military and Police personnel have carried out an operation to rid the Budumburam Camp of alleged criminals.

Citi News sources say the team arrived at the camp at around 12 midnight to begin the operation.

Several individuals have been arrested by the team.

The police in a statement said it arrested 141 suspected criminals during the raid.

“A total of 141 suspects including 15 females were rounded up during the operation and were all brought to the Police National Headquarters for screening. Those found culpable shall be taken through the legal process.”

“This special exercise shall be replicated nationwide. The public are therefore etreated to provide vital information to assist the police in fighting crime,” the police added in a statement. 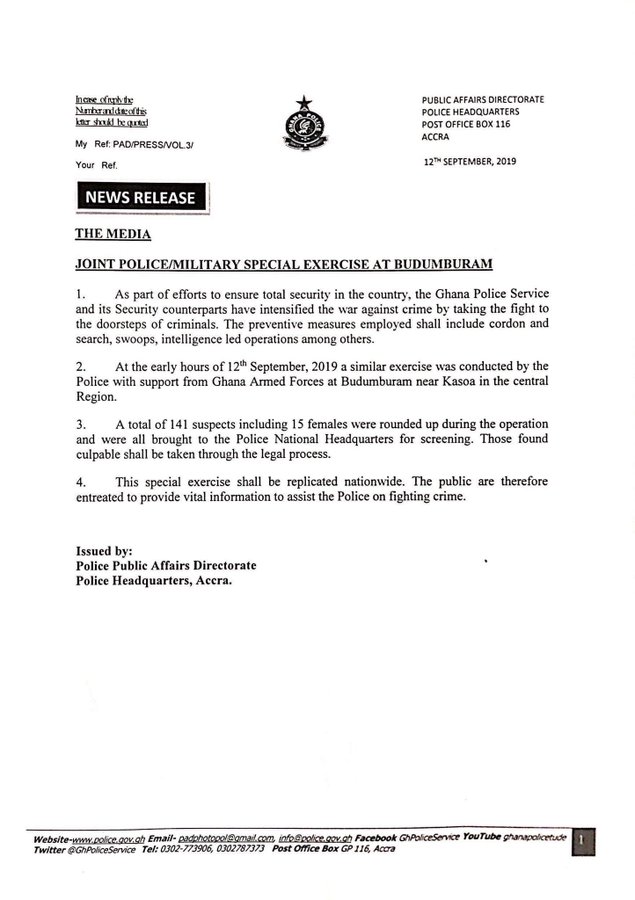 Some residents who spoke to Citi News have expressed mixed reaction about the exercise.

According to Chairman of the Liberian community, Reverend Father Eddie Devine Henneys, the exercise will help rid the Budumburam Camp of criminals.

“It is a good exercise but I only hope those who are innocent would be released,” father Henneys said.

According to him, residents can now move freely without being afraid of criminals.

“It is a relief to us now since we no longer have to look beside our shoulders when walking out at night,” he added. 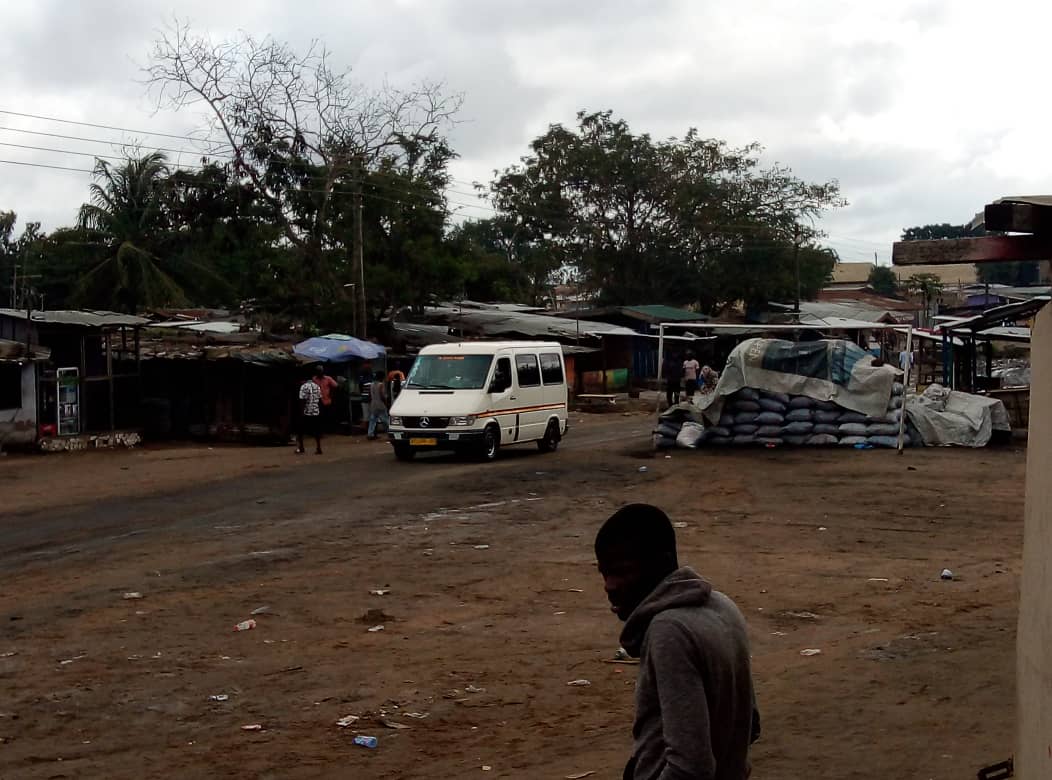 Another resident who gave his name as Godsway Prempeh lauded the security team for the operation adding that the criminals are tarnishing the image of the area.

“I am even suggesting that the Budumburam Camp should be given to the military to handle because that is only when we will have peace in the camp” Godway Prempeh added.

“I can now pass through the gap anytime I close from work, but initially I could not pass there for fear of being raped, or my phone being stolen” Gloria a petty trader told Citi News.

It is believed that the swoop is in connection with the recent killings of two policemen by criminals in the area.

Reports indicate that some part of the area serves as a hideout for criminals.

In September 2, a key suspect in the killing of some two police officers at Gomoa Buduburam, Eric Kojo Duah and six other accomplices were remanded into police custody.

The Kaneshie Magistrate Court remanded the seven suspects to enable the police to complete their investigations.