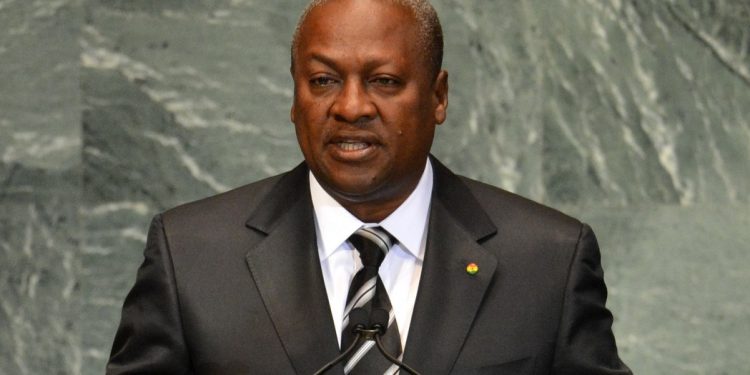 The Office of former President John Dramani Mahama has denied allegations made by the Member of Parliament for Assin Central, Kennedy Agyapong that Mr. Mahama had a hand in the death of former Abuakwa North MP, JB Danquah-Adu.

Kennedy Agyapong on his Net 2 TV earlier this week alleged that Mr. JB Danquah was murdered because he had nude photos of former President Johhn Mahama.

But aide to John Mahama, Joyce Bawa Mogtari in a statement described as “scurrilous statements” the claims of Kennedy Agyapong.

“While President Mahama does not intend to lend any dignity to the usual rants of Kennedy Agyapong, I am instructed to deny all the claims he made on his TV station, seeking as always to denigrate the person and reputation of the former president. There is no iota of truth in the allegations, they are complete fabrications and figment of fevered imaginations,” she said.

“It makes no logical sense that a man who has tried all these years to denigrate the person of the former President, would have such information and will for almost three years since his party has been in office not present it to the investigative authorities,” she quizzed.

The former Abuakwa North MP was murdered at his Shiashie residence in Accra in 2016.

Two days after his murder, the Accra Regional Police Command, led by COP Dr George Dampare, led an operation to arrest a suspect who allegedly confessed to committing the crime.

The main suspect, Daniel Asiedu, said in court on Wednesday that he was contracted by some elements within the governing New Patriotic Party (NPP) to kill the legislator.

He said the second suspect, Vincent Bosso knows nothing about the killing.

Three years on, no one has been convicted for the murder.

Kennedy Agyapong had several months ago alleged that investigative journalist, Anas Aremeyaw Anas had questions to answer concerning the murder of the legislator.

That claim was also rubbished by the journalist.

Joyce Bawa Mogtari condemned Mr. Agyapong on the claims, urging him and his New Patriotic Party (NPP) to concentrate their energies on dealing with the “high cost of living, job losses, collapsing businesses, depreciating incomes, poor governance by Nana Akufo-Addo and a state of insecurity at very monumental levels” that Ghanaians are confronted with “and stop trying to divert attention.”

“President Mahama remains focused on advocating an alternative and sincere working government and would urge the good people of Ghana to treat the vituperations of Mr. Agyapong with utmost contempt,” the statement concluded. 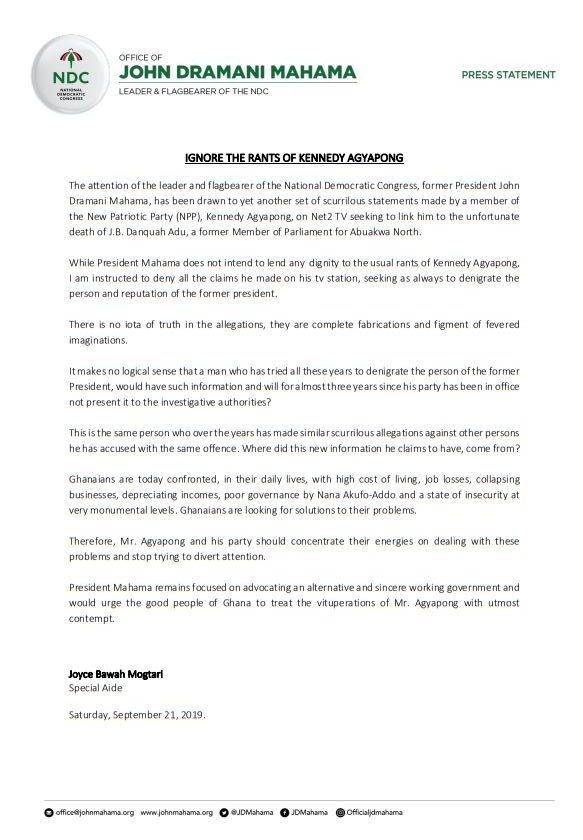