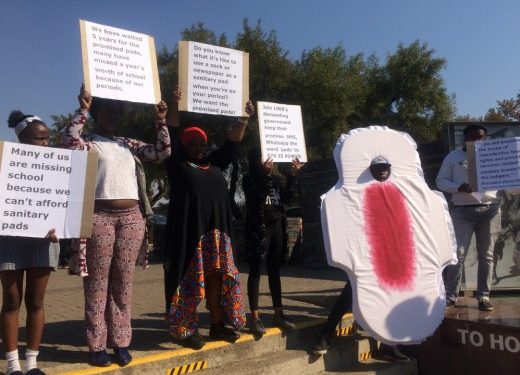 Police in Kenya are investigating the circumstances that led a 14-year-old girl to take her own life in the hours after her school uniform became stained with menstrual blood.

Her mother, Beatrice Chepkurui Koech, says her daughter was humiliated by a teacher at Kabiangek Primary School on Friday for soiling her uniform.

“She had nothing to use as a pad. When the blood stained her clothes, she was told to leave the classroom and stand outside,” she is quoted by the privately-owned Standard newspaper as saying.

Ms Koech protested outside the school, which is 270km (168 miles) west of the capital, Naiorbi, with about 200 other parents on Tuesday demanding the arrest of the teacher in question.

According to Kenya’s private Daily Nation paper, police used tear gas to disperse the protesters, who had blocked a road, and the school has now been closed.

Tweeters in Kenya have been sharing a video about the protest produced by NTV, part of the Nation Media Group, whose journalists visited the area.

Police chief of the rural Rift Valley area, Alex Shikondi, said investigations were ongoing and urged parents to forge a close relationship with their children.

The government is meant to be providing free sanitary towels for all girls who need them at primary school, following a law passed in June 2017.

A parliamentary committee is currently investigating why the free-pad programme – costing the government an estimated $4.5m (£3.7m) a year – is yet to be rolled out to all schools.