Maybe we want them to steal – Elizabeth Ohene writes 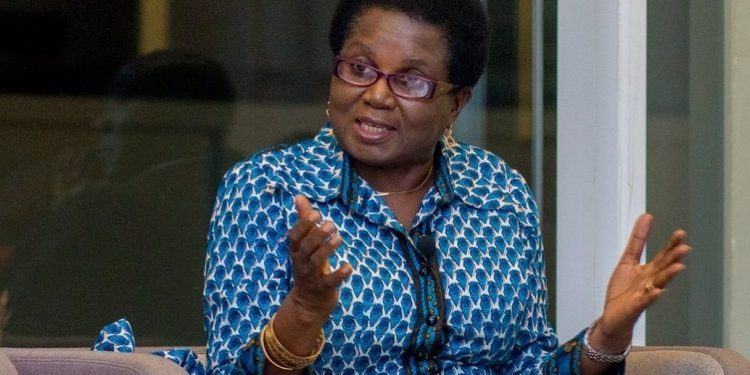 I tell a story about a friend of mine who became a First Lady. I am not sure I should mention her name, so, let’s say she was a First Lady in an African country. A week after the inauguration ceremony at which she became First Lady, she went to her village to have a meeting with the group of women she had been helping for much of her life.

To cut a long story short, when she got to the meeting, she was surprised to find that her friends had levied themselves and put together an amount that was the equivalent of $2,000 (two thousand US dollars), and was mortified when they told her why they had done this.

The women said they had seen her on television at the inauguration ceremony, and were horrified to see that she had not dressed as grandly as they had expected. These poor women in the village had, therefore, decided to give her some money to forcibly and indelibly drive the point home to her that she should now dress grandly to suit her new status. That is one side of the story.

It appears members of the public want and expect their public officials to “look the part”.

I was once accosted at a funeral by a group of very concerned friends who asked me if I was aware that I had now worn the same black cloth three times to funerals. I am told the phenomenon is called “TAMKLO”, which translates loosely as “one cloth”. I am notorious for carrying the same handbag until it starts to fall apart. I tend to forget to change my earrings very much to the chagrin of my friends.

The story about my friend the First Lady is repeated in differing forms. Another friend of mine was called to a family meeting six months into her appointment as a Minister of State and presented with a suitcase of six-yard pieces of cloth and told ever so gently that she was disgracing the family with the clothes she had been wearing.

I discover that the women who appear on television are scrutinised minutely for what they wear and it is noted and commented upon when they “repeat”.

The second part of the story is the expectations we have of, and the demands we make on people in public office.

Once you are a public officer, especially if you have a political position, you are expected to have money and lots of it. I refer to Members of Parliament, and all the people that go under the generic name of “appointees”.

You are asked to “make show” for anyone you meet. You are asked to give money to pay medical bills, school bills, to buy food, drinks, clothes or simply because it is Friday and people must have money in their pockets.

If you don’t, you are “Armstrong”, you are cruel and you are threatened with 2020 or whenever the next election date is.

On an average day, you can be asked for money that would be as much as the sum total of what you are paid in a month. If you are a public official, the donations you make at funerals, weddings, out-doorings and harvests must match a certain expected status.

Many of the requests sound genuine and deserving, someone wants money to pay for hostel fees or Academic User Fee or his mother’s eye drops. Someone in Level 300 at Technical University wants GH¢2,300 to pay bills and she needs a laptop and there is someone who needs ONLY (her word, not mine) GH¢600 to add to her business venture to make it take off and someone needs GH¢7,200 for rent advance, otherwise he will be out on the streets.

All very deserving, but where do we expect these officials to find the money from, unless they steal from their positions? I wonder if by making these demands on public officials or accepting such largesse from them, we are all tacitly agreeing and encouraging them to indulge in underhand practices. For example, when journalists accept fat envelopes from appointees, where do they think the money comes from?

Then there is the third part of the story, which is related to the first part. If you are a public official and you drive or are driven in a V8 vehicle, it arouses a lot of indignation among the public, it is evidence of profligacy and insensitivity when the rest of the people are suffering.

When you show up in a Hyundai i10, the word soon goes around you have fallen on hard times. If you haven’t built a house, a suitably large house in the village, you are seen as a failure. A former MP’s car broke down on the road the other day, he was terrified in case someone recognised him as he tried to get help to get it towed.

If we expect public officials to meet all these obligations and we know how much they earn, could it be we expect and want them to be corrupt? Since I want our streets to be clean, I don’t buy from street vendors.

I say a fond farewell to Robert Gabriel Mugabe, famous son-in-law of Ghana. We all pray for long life, but I must say I wish you had gone much earlier and not lived long enough to be kicked out of office, to be renounced by ZANU PF and to be seen before cameras wearing something other than your customary sharp suit.

You had spent 30 per cent of revenue on education and turned Zimbabwe into the most literate nation on the continent. Up until the middle 1990s, it could be safely said that no Zimbabwean policeman would demand or take a bribe from a driver.

Then you needed a million Zim dollars to buy a loaf of bread. I was probably biased because I am Ghanaian, but I did feel, and you did look at Sally’s funeral as though a part of you was going with her when she died.

Maybe a part of you did go with her in 1992. I just know Sally would never have allowed you to outstay your welcome with the Zimbabwean people, she would not have allowed the public disgrace. But you do come out in credit. Sleep well, liberator, statesman and our In-law.