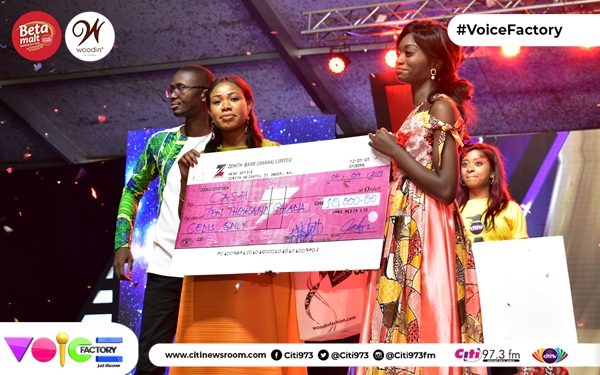 Genevieve Antwi-Nuamah, known in showbiz as Araba, over the weekend was adjudged winner of the Season 4 of Citi TV’s Voice Factory.

She beat off competition from Ayjay Sam, Cleck Boyson and Idara (who placed second, third and fourth positions respectively) to win the ultimate prize of GHc 10, 000.

Araba speaking in an interview on Citi FM after the competition explained that she entered the competition to be a better version of herself and to take her career to the next level.

“When I entered this competition I didn’t do it with the mindset that I was competing people I was competing against myself. I wanted to become a better version of myself. For me, it is more a journey of self-discovery,” she said. 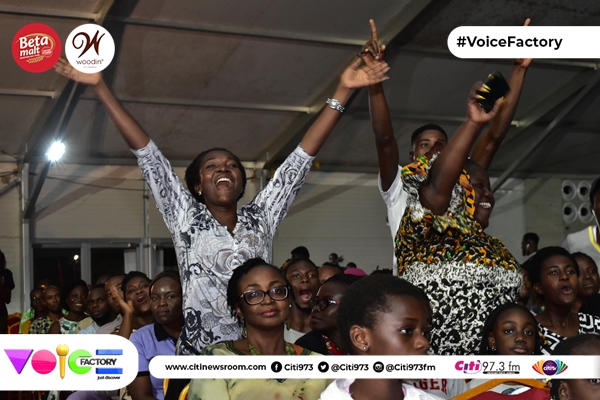 Below is a brief profile of Araba

Araba is an old student of Wesley Girls’ High School, Cape Coast. She is also a graduate of the University of Ghana, having completed her studies in Biochemistry, Cell and Molecular Biology at the undergraduate level.

At Wesley Girls, she was the General Secretary for the Family Life Education Club.

Araba successfully combined the hectic schedules of the Voice Factory competition with her internship as a Teaching Assistant at the West African Centre for Cell Biology of Infectious Pathogens at the University of Ghana.

Araba has interests in playing the guitar, poetry, reading, songwriting and singing.

In 2016, she was adjudged the best Volta Hall Sophomore year student in sciences.

She was also the 2nd best scientific poster presentation at the WACCBIP Research Conference 2019.

Araba, a member of the Action Chapel Church, has played and continuously plays numerous roles in the Church’s music department.

Araba likes to best describe herself as “an energetic, responsible, goal-oriented individual capable of quickly adapting and excelling in any environment.”

She has hinted on releasing her first single soon.