My duty is to Ghanaians not gov’t – Amidu to critics 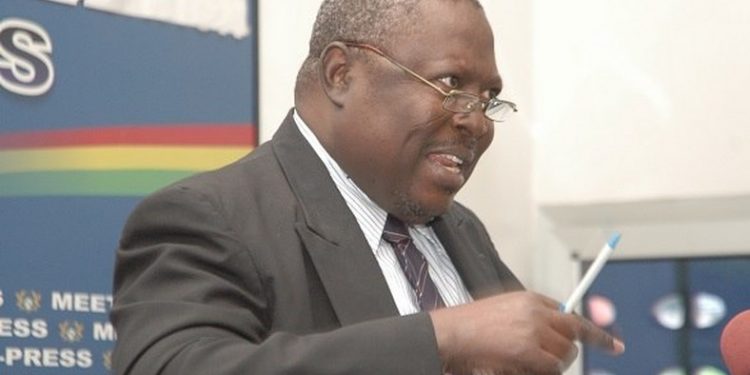 The Special Prosecutor, Martin Amidu has slammed critics asking for his resignation saying that he is accountable to the people of Ghana and not the critics.

The Special Prosecutor has been challenged by various persons to quit following his admission that resources for the performance of his role are inadequate. ‘

However speaking in an interview with David Ampofo on Time With David, Mr. Amidu said his obligation is not to such persons

“I do my work and I tell the public and they say…I complain too much but what I am saying is my obligation is to the people and not to the government of a political party. We better wake up because if you bi-partisanly obstructing the fight against corruption, you should remember Tunisia, you should remember Sudan, you should remember the people who are suffering and who will want alternatives to freedom…I am prepared to walk away tomorrow but I will only do that when I am satisfied that I have not been able to do what Ghanaians want.”

The Special Prosecutor also stated his indifference to cases against his person in court.

“I will continue to investigate people. I will charge them whether they belong to any political party or any elite. I will put them before the court. And I am saying that if they are having the sort of bellicose hanging on their hand in the court because they think it is going to lower my spirit, it will not lower my spirit. And I really do not care if the decision of the court is against me because I was a party.”

“I am a better lawyer than anybody who can defend me in that case and yet the Attorney General raised an objection to my being there and when I had filed all my pleadings and we reached a memorandum of understanding and I thought we were going to argue, I was struck off. I should fall on someone’s sword. That is what is happening now. It is only the Attorney General who is in the case and I am going to fall on her sword if she does not handle the case well.”