Over forty polling station executives of the New Patriotic Party (NPP) in the Asante Akyem South constituency of the Ashanti Region have been handed indefinite suspensions by the party for supporting the parliamentary bid of one, William Yamoah a former President of the National Union of Ghana Students.

The suspended executives have accused their MP, Asante Boateng of instigating the move.

One of the suspended executives, Felix Kyei who is a polling station Chairman at Muramura R/C  JHS polling station said, he believed it was a deliberate ploy by the MP to gag them.

Here is a copy of Mr. Kyei’s suspension letter 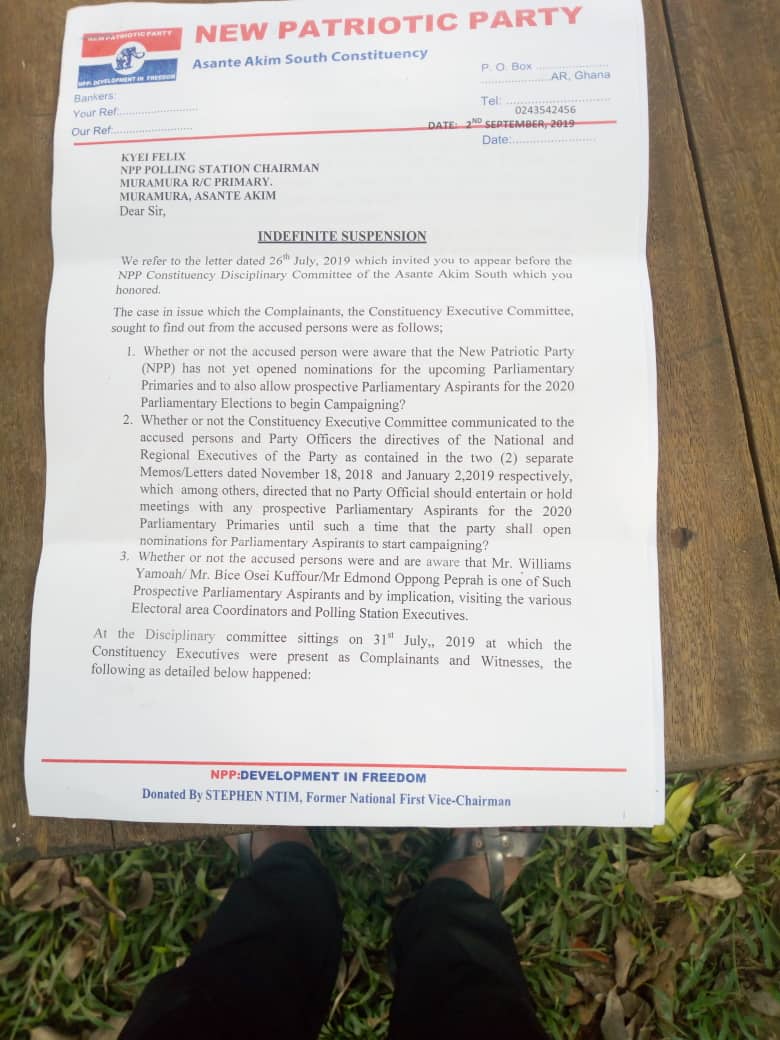 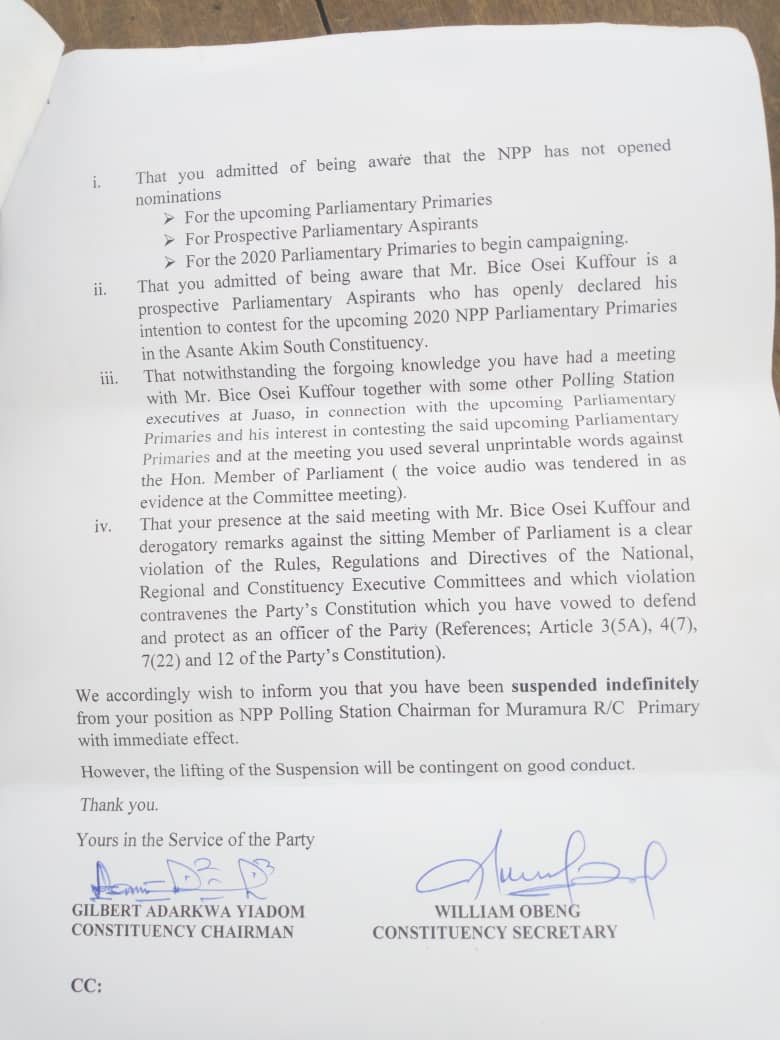 Another suspended polling station executive, Nana Ofori Amanfo who until his suspension was the NPP Polling station chairman at Chempo D/A Primary expressed shock at the decision by the disciplinary Committee of the Asante Akyem South constituency.

“My suspension is uncalled for. I have been accused of supporting some the aspirants including Mr Williams Yamoah and Bice Osei Kuffour, popularly known as Obour. I am even shocked the committee mentioned Mr Yamoah because I don’t know him and cannot even make him out if we walk past each other.”

Here is a copy of the letter handed out to Nana Ofori Amanfo: 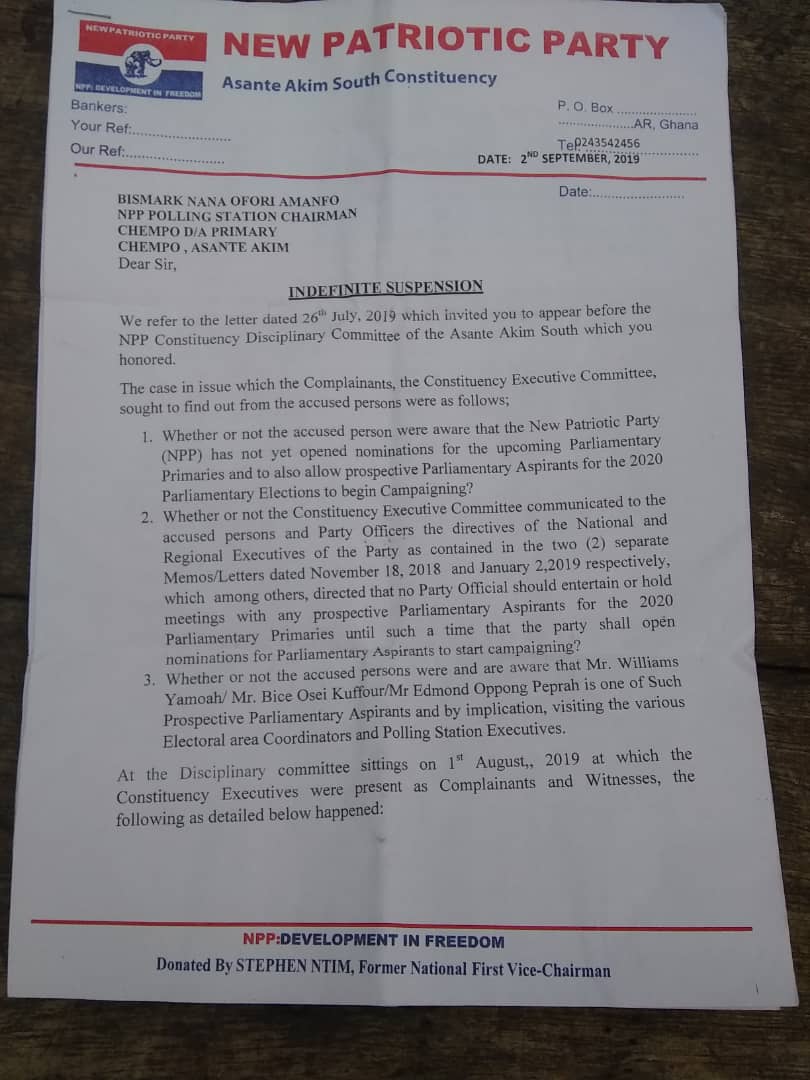 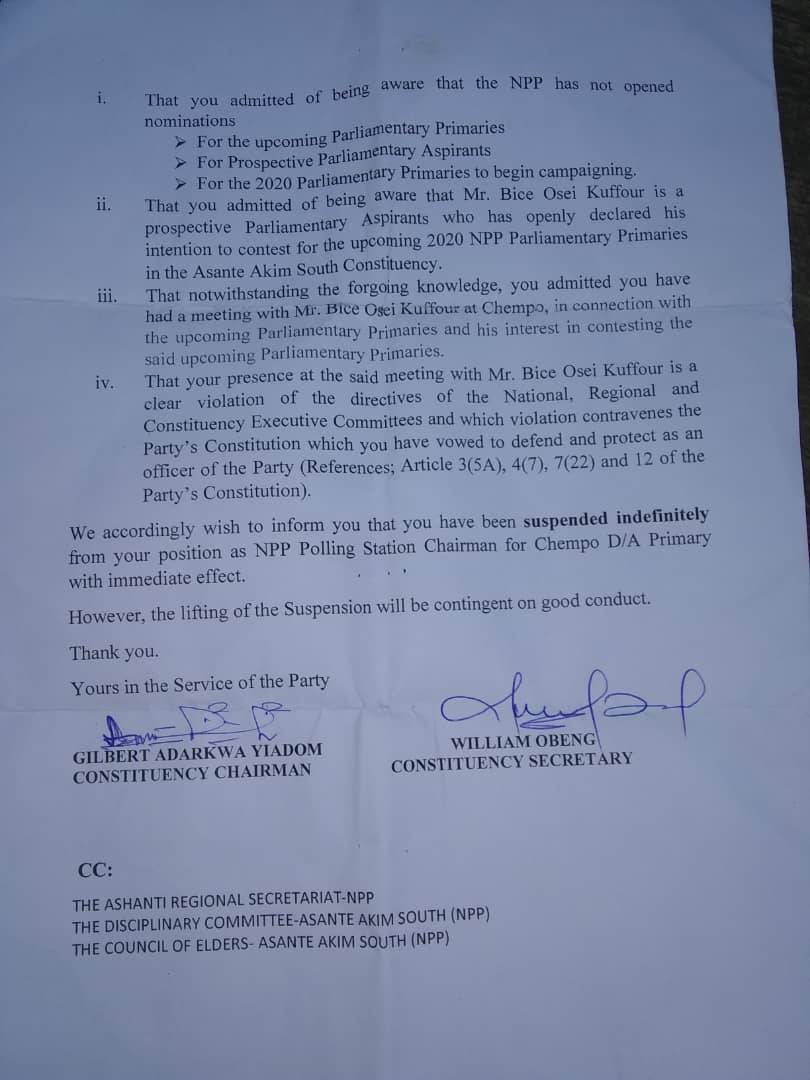 The polling station executives have called on the party to rescind the decision.

Meanwhile, the Member of Parliament for the area was not available to comment on the allegations levelled against him.

Paridox Cosmetics Boss is one of Ghana’s most inspiring women