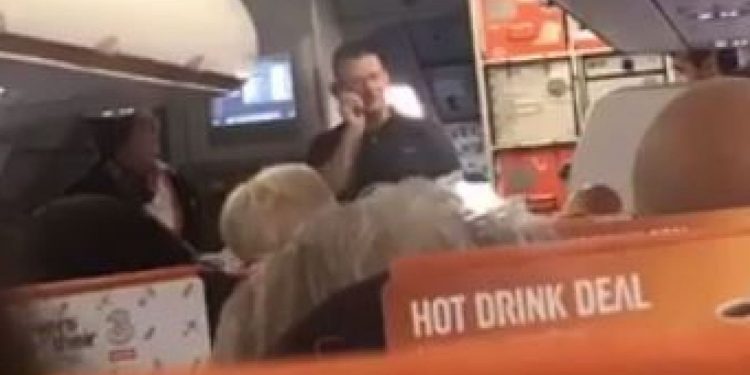 An off-duty pilot starting his summer holiday with his family ended up flying the plane to Spain himself after the original captain did not turn up.

Michael Bradley, who works for easyJet, announced to his fellow passengers from the tarmac of Manchester Airport that he had offered to step in and fly them all to Alicante in order to avoid a two-hour delay.

Pointing to his wife and son “sitting in row 15” of the plane, the airman said she had learned of the delay before they set off for the airport from home, and told him with a “punch to the back of the head” at 3am.

Because of this, he deliberately packed his licence and ID, just in case. Before going through airport security, he decided to make a call to see if his services were needed.

Recalling the incident over the public address system, he said: “So I phoned up easyJet and said: ‘Hiya, I’m standing in the terminal doing nothing… and I’d very much like to go on holiday – and if you need a favour, I’m standing here ready to go.’

The easyJet representative phoned back 38 seconds later, Mr Bradley said, with their official request: “Please, please, pretty please with a big cherry on top, could you fly the airplane to Alicante.”