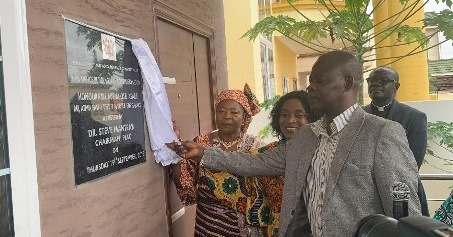 Public Interest and Accountability Committee (PIAC) has finished findings on five ‘ghost and substandard projects’ and has referred them to the Economic and Organised Crime Office (EOCO) for necessary action.

Of the five oil revenue funded projects, PIAC gathered critical and convincing information from all the actors involved in the implementation.

Dr Steve Manteaw, the Chairman of PIAC, said this at the commissioning of the PIAC’s new office on Thursday.

PIAC is a non-political citizens-led additional oversight body that is aiding the ordinary citizen to receive regular information on the use of Ghana’s petroleum revenues.

He said, “Some of them when you look at official government records and the implementing agency, it says the project has been implemented but on the ground, nothing has happened.

“So we want answers to those questions such as where the money went and why the projects are none existent,” he said. 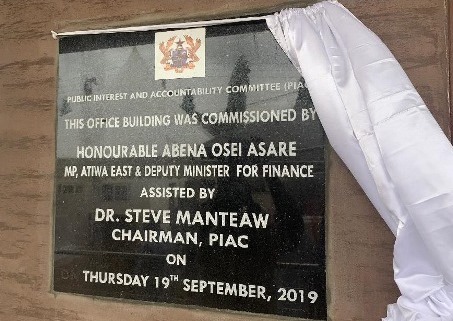 Throughout their affairs, Dr Manteaw said, one the calls made by the public has been the inclusion of monitoring the mining sector revenue to PIAC’s mandate.

He said “the reason citizens of resource-rich countries are often up in arms, was that, so much wealth is generated from extraction of their common heritage, and that is what gold, timber, oil, and gas is to the people of Ghana.

“The ordinary people become more impoverished; livelihoods are lost, environment degraded, and the people’s sense of security shattered, often with little or no compensation.”

Madam Abena Osei Asare, a Deputy Minister of Finance, said government is committed to supporting the PIAC to deliver on its mandate of ensuring the prudent management of petroleum resources and efficient utilization of the revenue for the development.

She said in line with government’s quest to ensure transparency, competitive bidding was for the first time opened for oil blocks.

Mr Emmanuel Kuyole, the Executive Director of Centre for Extractives and Development Africa (CEDA), urged PIAC to remain focused to serve the public interest and ensure accountability on the use of oil and gas revenues.

“PIAC has done a lot by providing information to the public but more needed to be done to ensure value for money,” he said.