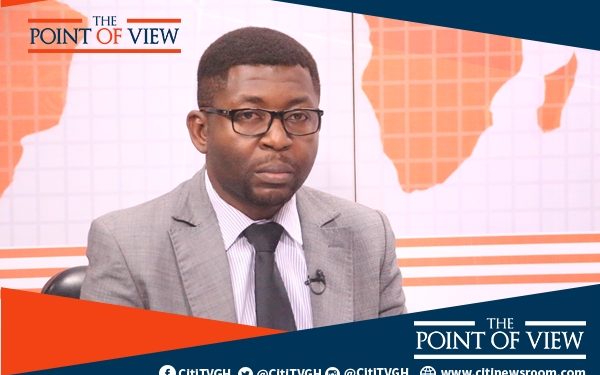 A peace and security analyst, Charles Nyuykonge is strongly convinced that the riots and attacks on foreign nationals in South Africa can only be resolved when opposition leader, Julius Malema and former President Jacob Zuma step in.

Mr. Nyuykonge, a Cameroonian who has lived in South Africa for 15 years speaking on Citi TV’s Point of View last night, maintained that the current South African President, Cyril Ramphosa doesn’t possess the qualities to calm down the situation hence his call for the intervention of the two officials.

“The country’s media is controlled by the white minority and thus whatever information the people are fed with is a narrative which is structured somewhere. So there is a sense to which the South Africa population feel that they have been captured by a certain Indian family who supposedly among others posed as threats to the white minority. So, there is a racial dimension to the problem and therefore there is a reason to take Malema seriously when he points fingers directly at the right people amidst passion and appeals as he is doing now.”

South Africa continues to be heavily criticized due to the failure of its leaders to address the notorious cases of xenophobic attacks in that country.

Nigerians have particularly been at the receiving end of these extreme attacks with their shops being looted.

Whilst South Africa’s opposition leader, Julius Malema seems to have incurred the wrath of the citizens for describing the attacks as condemnable because the wrong people have been targeted, its former President, Jacob Zuma has on several occasions, slammed perpetrators of the gruesome killings.

According to Mr. Nyuykonge, the time has come for the African Union (AU) to rise above just condemning the xenophobic attacks in South Africa and take more giant steps to tackle the age-old worrying trend.

“We are expecting the AU to respond. Although they have issued a statement to condemn it. That is the best way they can do. AU as a commission does not have the powers to actually sanction South Africa as a member state. We have to once and for all stop just condemning and actually do something and perhaps get to experiment this whole thing of inter-Africa dependence. With this, I think we are going to see significant change.”

Amidu takes on CID over ‘scandalous’ non-cooperation in $15m case