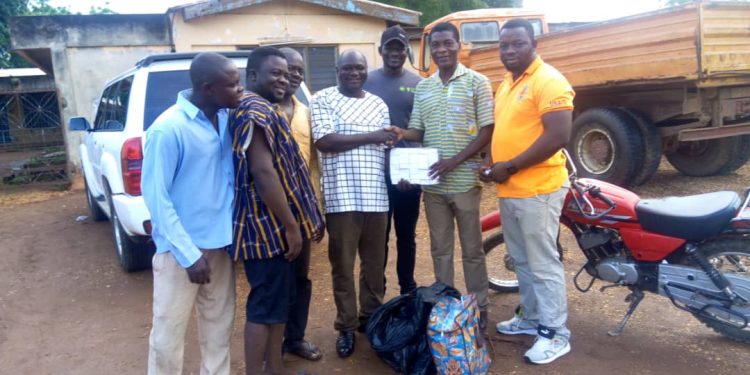 Snakebites have become a major challenge at Saboba in the Northern Region.

Residents in the area who are mostly farmers die because they cannot afford the high cost of the anti-snake serum.

As a result, the Member of Parliament for Saboba, Charles Binipong Bintim has procured a number of anti-snake serums to assist his constituents.

The medical product was presented by the Saboba District Chief Executive (DCE) on behalf of the MP to the district health directorate.

According to the MP, he procured the anti-snake venom as part of efforts to support the Saboba Hospital to properly handle snake bite cases in the area.

A total of 200 vials of the anti-snake serum have been acquired by the MP’s office at a cost of Ghc840,000 to be administered at no cost to victims of snake bites.

The intervention is intended to ameliorate the financial plight of patients suffering from snakebites in his constituency.

The anti-snake serum is the single most effective antidote for snake venom.

Not only is the serum expensive, it is also in short supply most of the times – a situation which is evident in the Saboba District.

The vaccine is a program drug supposed to be administered for free, but it mostly ends up in private hands and sold to patients at cut-throat prices.

This is the first time in the history of Saboba that an MP has donated anti-snake serum to the constituents.