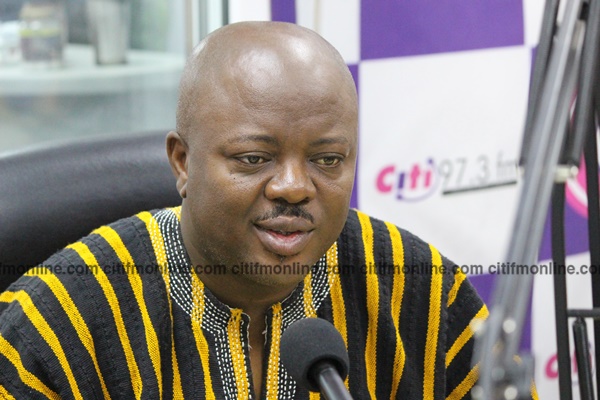 Victor Adawudu, the lawyer for the three persons standing trial for allegedly manufacturing weapons and plotting to destabilize the country believes that the suspects were set up.

According to him, there is no iota of truth in the claims by the state that the suspects were plotting to commit such a crime.

While daring the state to provide adequate evidence to back its claims, he said he was optimistic that his clients will emerge innocent.

Speaking to Citi News after the accused persons made their first appearance in court on Tuesday, Victor Adawudu suggested that the cache of weapons found at the premises of the Citadel Hospital, which is operated by Dr. Fred Mac-Palm, one of the key suspects, was planted there by some unknown persons.

He said no weapon was found at Dr. Mac-Palm’s private residence at Bawaleshie as claimed in the government’s statement on Monday.

“This whole issue is a set up…Let government come. For what they said they found in the man’s house, they found nothing. They were there twice. We’ve seen the list, they are brandishing around that they found guns and so on. My client has admitted that he was in the hospital when the security agencies came. They went straight to where the generator is and brought a sack and said they’ve found five pistols. My clients have admitted that they found it there but as to the ownership or who put it there, is another issue,” Victor Adawudu said.

He denied claims that the suspects under the guise of a group TAG Ghana they had formed were radicalizing young people, noting that the group was rather focused on sensitizing young people on issues such as education and health and also urging them to take their destinies into their own hands and not rely on politicians.

Victor Adawudu said some persons were only “uncomfortable” with the conversations in the social media group.

“If you watch from social media, there is a scheme to go round with people to intimidate people that we are searching for arms because of what is going on,” Adawudu said.

He said they are waiting to get more details about who gave the tip-off and who made the complaint about the operation to the carried out but are certain that the development is only a diversionary tactic and that explains why the government could not slap the suspects with more serious charges as expected.

Their pleas were not taken during the first court proceedings.

The suspects have been remanded into police custody and the case has been adjourned to Wednesday 9th of October 2019.