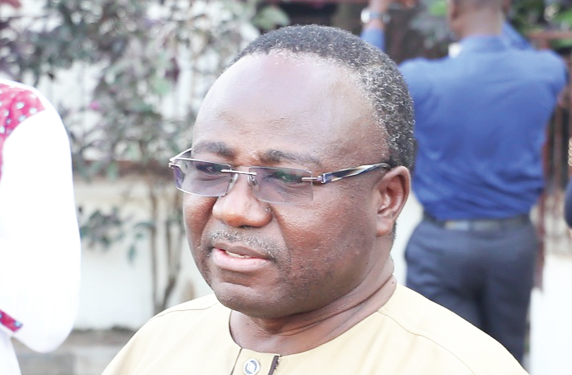 The suspended Chief Executive Officer of the Public Procurement Authority, Adjenim Boateng Adjei, is calling on the Commission of Human Rights and Administrative Justice (CHRAJ), to resort to a public hearing in the case of conflict of interest brought against him.

Mr. Adjei is being probed for corruption and conflict of interest after he was accused of sidestepping procurement procedures for personal gains in an investigative piece.

In a letter addressed to the Commissioner of CHRAJ, dated Tuesday, September 17, 2019, his lawyer, Yaw Oppong, requested for a full and public hearing in accordance with the Investigations Procedure Regulation 6 of the Commission on Human Rights and Administrative Justice, 2010, C. I. 67.

The lawyers say the instant request has been necessitated by the nature of the complaint against their client, and the rather devastating harm unjustifiably caused to him.

Mr. Adjenim Boateng Adjei was suspended by the President in August 2019 following a documentary put together by freelance journalist, Manasseh Awuni Azure.

In the documentary, a company, allegedly owned by Mr. Adjenim Adjei was found to be getting many government contracts through restrictive tendering and selling those contracts to others for profit.

The president has referred the corruption aspect of the case to the Office of the Special Prosecutor to probe further and that of conflict of interest directed to the Commission on Human Rights and Administration Justice (CHRAJ).

‘I’m being crucified for doing nothing’ – Suspended PPA Boss

Mr. Adjei had earlier said he was unnecessarily being vilified by Ghanaians over unsubstantiated claims of corruption leveled against him.

“The public is simply speaking words of untruth. I regret the way I am being crucified for doing nothing,” he told the media after his interrogation by the Special Prosecutor.”