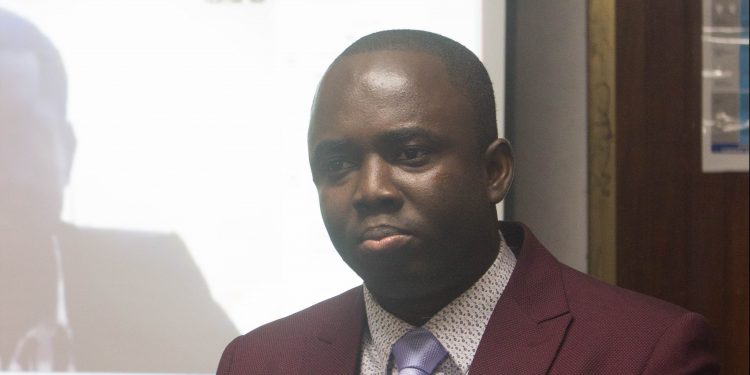 The University of Energy and Natural Resources (UENR) is set to graduate its first PhD student.

As part of the preparations towards the 1st special congregation ceremony slated for 19 October 2019, the School of Graduate Studies has given Mr. Otabil, a PhD student in Environmental Energy Engineering the opportunity to defend his final thesis in order to be awarded Doctor of Philosophy in Environmental Engineering.

Giving the background on his thesis topic; “Optimizing the Esperanza Window Trap to Monitor the Transmission Dynamics of River Blindness in Hypo Endemic Communities”, Mr. Bentum said according to World Health Organization and CDC in 2019, River blindness was the world’s second-largest infectious cause of blindness after Trachoma caused by the nematode Onchocerca volvulus and transmitted by blackflies of the genus Simulium.

He added that the disease was endemic in about 37 countries and 126 million people were at risk.

He noted that globally, 37 million people get infected, 500,000 visually impaired and 270,000 get blind with 1.5 million Disability Adjusted Life Years lost annually and 99% of disease burden rests on sub-Saharan Africa.

Mr. Bentum referred to Osei – Atweneboana et al., (2007) and Ghana Health Service, (2008), that River Blindness in Ghana was still a public health concern after decades of control indicating that a population of 4.7 million in 3,204 communities were at risk of getting infected.

Additionally, he said that there were eighty-five (85) endemic districts in fifteen (15) out of the sixteen (16) regions in Ghana and 247 hyperendemic communities (Special Intervention Zones). 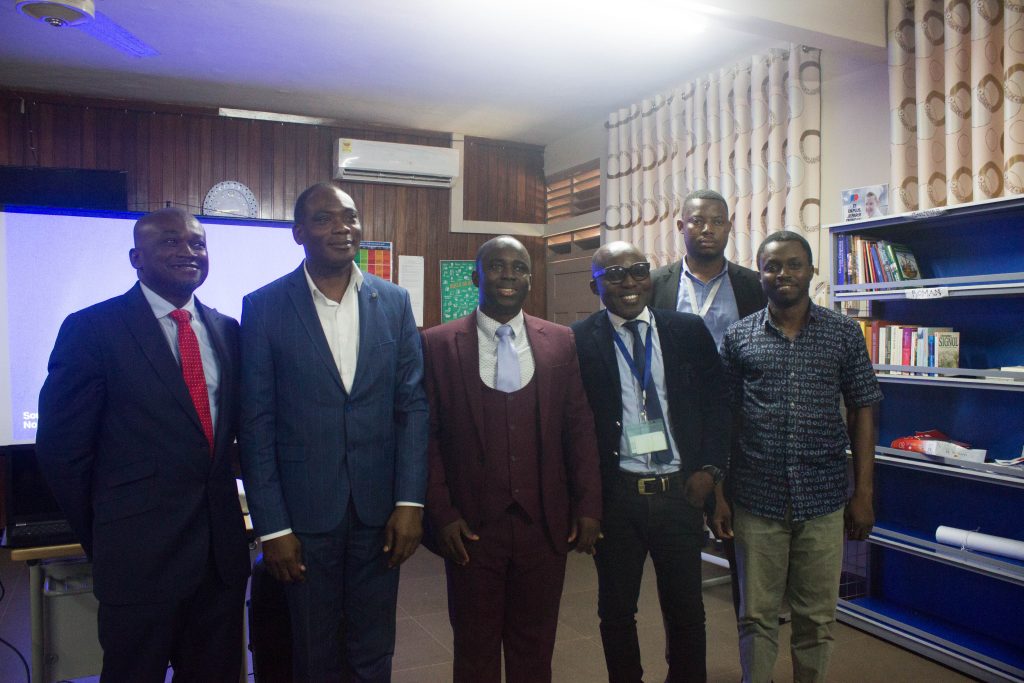 Speaking on the Research Problem, Mr. Bentum stated that River Blindness disease has been earmarked for elimination by 2040, but new monitoring tools were needed.

He said other research literature has indicated that currently there was Inadequate monitoring of control programmes in the wake of ivermectin resistance, no option aside human baits for the capture of vectors for disease monitoring (ethical concerns), inadequate numbers of blackflies caught when human baits were used in areas of low vector densities and inadequate models to check for the effect of climate on river blindness transmission.

He further noted that the rationale for his research was to address the need for regular monitoring of the burden of onchocerciasis in the wake of Ivermectin resistance, an efficient trap to replace human baits in trapping blackfly vectors saying that the Esperanza Window Traps (EWTs) was promising but needed optimization in design, applicability, cost-effectiveness and reproducibility.

He also added that there was the  need for models to relate trap data to data from human baits in order to make them useful in control programmes stating that “few published works had reported on the ability of traps to monitor the transmission indices of onchocerciasis with lack of models establishing the relationship between climatic variables and transmission indices of onchocerciasis according to Hendy et al., 2017.”

According to Mr. Bentum, he adopted a cross-sectional design as the methodology of his study using three communities (Tanfiano, Senya and Kokompe) in the Nkoranza North District of Ghana.

The population was randomly sampled by selecting 114 people for the study and were examined for the presence of parasites and clinical manifestations of onchocerciasis.

In conclusion, Mr. Bentum said his study showed that River blindness persisted in the human population of the study areas despite several years of mass drug administration with ivermectin, infection with onchocerciasis and commonly associated clinical manifestations of the disease in the study communities. He recommended that “this finding calls for a greater urgency for research and development aimed at discovering new or repurposed anti-filarial agents that will augment ivermectin if global onchocerciasis eradication targets are to be achieved.”

The examiners on the panel at the event were the Dean of the School of Graduate Studies, Prof. John Kuwornu; Former Pro-Vice-Chancellor of UENR, Prof. Daniel Obeng Ofori; Head of Department of Basic and Applied Biology, Dr. Samuel Fosu Gyasi, and Head of Department of Energy and Environmental Engineering, Dr. Amos T. Kabo-bah.