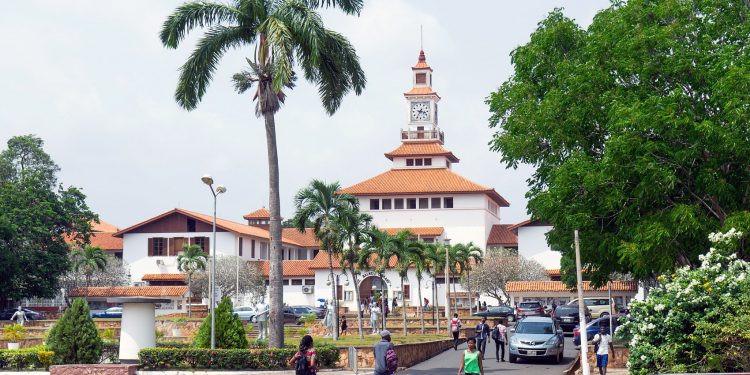 The Management of the University of Ghana has earmarked some of its lands for the construction of new hostel facilities.

This is to ease the school’s accommodation challenges which has become a major concern for many stakeholders, especially after the school’s 2019 admissions.

The Vice-Chancellor of the university, Prof. Ebenezer Oduro Owusu made this known in an address at the 2019 matriculation ceremony on Saturday.

Citi News earlier this month reported that several first-year students have been left frustrated over their inability to secure accommodation at the school although they had been admitted as full-time students.

The situation, which gained national prominence triggered some Junior Common Room (JCR) executives to petition the management over the matter.

But Professor Ebenezer Oduro Owusu told the gathering that prior to receiving the petition, the University’s Land Lease Committee had been in talks with private entities to expand housing on the campus.

“Management appreciates the concerns raised by the petitioners, and has prior to the petition considered various approaches towards the improvement of the situation. In this regard, the University of Ghana’s Land Lease Committee is in negotiation with private bodies to expand housing options on campus,” the Vice Chancellor said.

Prof. Oduro-Owusu further indicated that management was putting in place measures to improve the delivery of services such as internet and water supply on campus.

Sexuality education will not undermine our cultural norms – GES