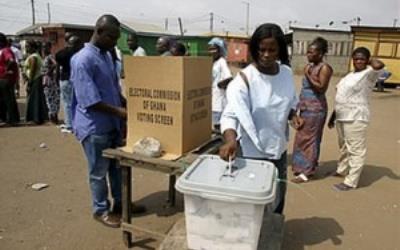 As part of preparations towards the upcoming District Level Elections in December, the Information Service’s Department (ISD) in the Ashanti region has organized a training workshop for its staff to help educate the general public to clear ‘confusions’ on the upcoming referendum.

This training according to the Information Service Department, seeks to enlighten staff on all issues related to the December 17 election in order to make the public interested in the process.

The election which will be the referendum for citizens to approve or reject the amendment of article 55 (3), will allow the election of Metropolitan Municipal and District Chief Executive (MMDCEs).

The Director of Information Service Department in the Ashanti region, Charles Wereko noted that the step taken by the government to allow for the referendum will encourage greater participation of citizens in the local government system.

“The ground-breaking decision by government to ensure that District Assembly and Unit Committee elections are conducted on partisan basis reflects government’s resolve to enhance social accountability, forge greater inclusiveness and advance the cause of participatory democracy in the local government system in Ghana”.

Dr. Eric Oduro Osae, the technical advisor for the Ministry of Local Government and Rural Development added that the process will allow citizens to vote for their preferred MMDCEs which will also help prevent friction they have with MPs.

The referendum if approved by Ghanaians will pave way for political parties to participate in district level elections and give citizens the opportunity to vote for their preferred Chief Executives come 2021.