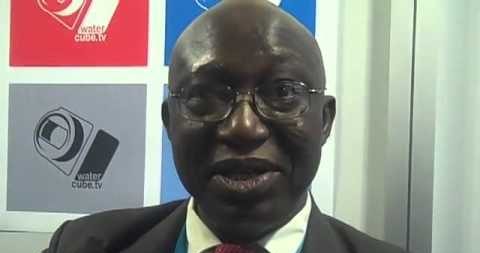 According to him, in order not to experience famine again as a country, Ethiopia took steps to have water development plans which will serve as a long term demand for the country.

Speaking to Citi News on the sidelines of the 2019 Africa Climate Change Summit, Dr. Donkor emphasized that pollution of water bodies has reduced the quantity and quality of water in the country.

“We have little water to drink as a country. There were rivers such as the Odaw River in Accra where I used to swim as a kid but today nobody even goes there. It is now a gutter,” he said.

“The same has happened to the Birim River which was full of life but today, if you look at the colour of the river, you will not attempt to drink it. As individuals if we look around we will find that either the water is getting dirtier or it is vanishing. The quantity and quality is decreasing and population is increasing,” he added.

He added that when Ghanaians begin to question the amount of chemicals used to process the pipe water used daily, there will be a change in attitude towards water bodies.

“When you go to Weija and request how much chemicals they use to process the water, you will be surprised. It is amazing we don’t get this message to people but if we do, when we go out to do something or urinate indiscriminately, we will think about it. We will take the Ministry of Sanitation seriously because we will realize that, we are causing harm to ourselves not anyone”.

Dr. Donkor also highlighted the importance of irrigation to the country.

“As the global change is resulting in more dry periods in refit farming, we need to use water to irrigate but the sources of water are being limited.”

According to him this is the reason why Ethiopia has developed a long term plan to sustain its water bodies and also preserve water for future use.

“They are not thinking about five, four years but ten years and above to use their water so that no one will die of famine anymore. In Ghana we think we have too much water so we don’t have to worry. We are making a big mistake. We cut all the tress, oil is being eroded and dams are being distilled out. There is a question of we paying three or four times of what we are paying now.”

Dr. Donkor has called on stakeholders to avoid partisan discussions on development plans to sustain the country’s water bodies.

“We should have a long term water development plan. It should not be NPP or NDC because it is not a question of power but of survival of the whole country. It took Ethiopia 20 years to come to this stage not because they don’t have differences but they had something in common which is survival”.