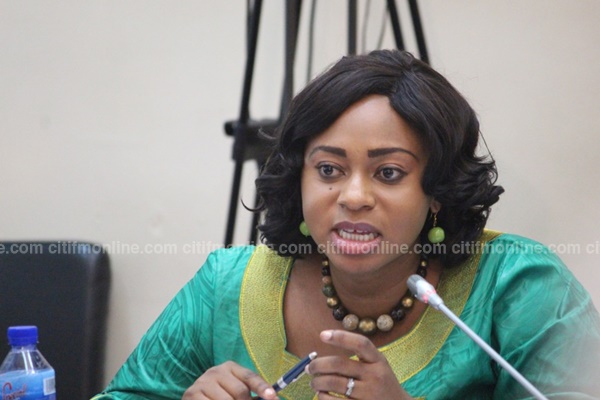 Member of Parliament for Dome Kwabenya and Chairperson of the Women’s Caucus in Parliament, Adwoa Safo, has underscored the need for legislation to deal with sexual harassment in the country.

According to her, the recent investigative piece by the BBC Africa Eye presents an opportunity for a national conversation that will drive legislation and policy change to tackle sexual harassment.

The Deputy Majority Leader spoke to journalists after a mentorship session with young women on the occasion of the International Day of the Girl Child.

As women leaders, we think that for what happened and the lecturers involved, it is very very disappointing and as a caucaus chair, I strongly believe as a country, we should look at sexual harassment again.”

“And let’s not restrict ourselves to what has happened in this country on the exposé that has come out in our tertiary institutions. It doesn’t only happen there. I think that regulating it and legislation will be the way forward for us as a country.”

The Anti-Sexual Harassment and Misconduct Committee at the University of Ghana condemned the conduct of the two lecturers seen in the footage.

Both Prof Gyampo and Dr Butakor denied any wrongdoing but have since been suspended pending an investigation.

They are expected to be hauled before the Anti Sexual Harassment Committee to assist with the internal investigations.

The suspensions followed similar action against two lecturers in Nigeria who were also filmed by the BBC.