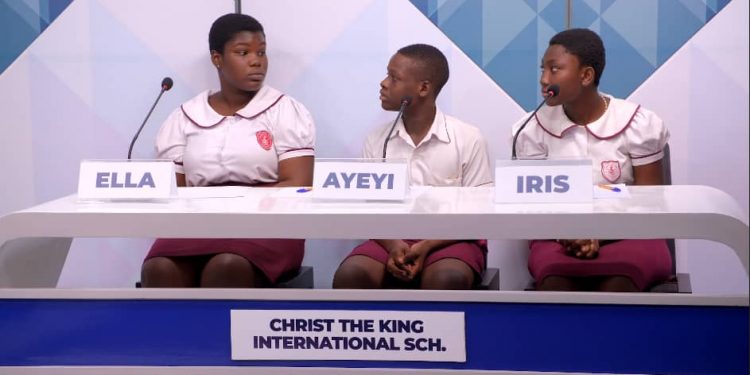 The sterling performance by students from the Christ the King International School on Citi TV’s Best Brain stage today, Saturday led to the elimination of the Christian Home School from the competition.

It was indeed such a great display of the knowledge on the Junior High School (JHS) subjects by the representatives of Christ the King as they led the contest in the first round with 46 points leaving their opponents with just 16 points.

The huge 30 points margin remained unchanged in the second round because Christian Home School and Christ the King School amassed 50 and 80 points respectively. 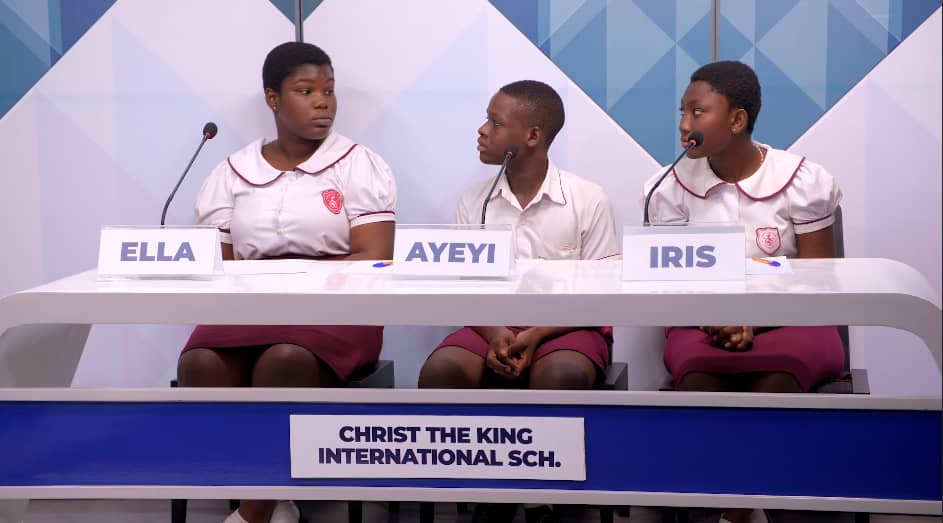 One other advantage the Christ the King students gained over their contenders was their ability to answer correctly many of their substantive as well as the bonus questions passed on to them.

While Christian Home promised to make amends as they entered into the final round, Christ the King was optimistic of widening the gap – which they did effortlessly.

At the end of the competition, it was obvious Christian Home had succumbed to the pressure from their colleagues on the other side when they scored only two points out of the 10 points that were allocated for the third round.

Christ King qualified to the next stage with their final overwhelming points of 89 and got Christian Home kicked out with their 52 points.

This makes Christ the King, the school with the highest score in the competition so far. 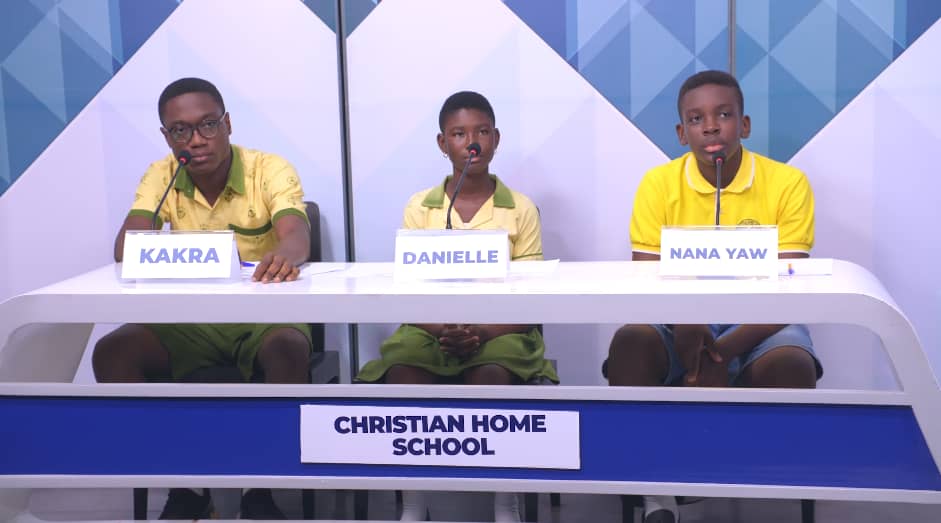 Best Brain is a fun and educative show for JHS students and airs every Saturday on Citi TV at 12 pm.

In all, 12 schools are battling for the top spot and fighting for bragging rights, as the school which grooms Ghana’s best brains in this classic quiz competition.

So far three schools, Kay-Billie-Klaer International School, Silicon Valley and Happy Kids have booked their place in the next round of the competition. 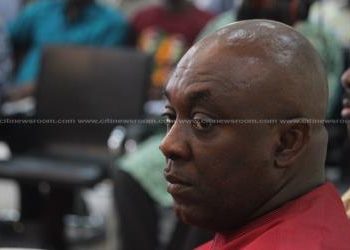