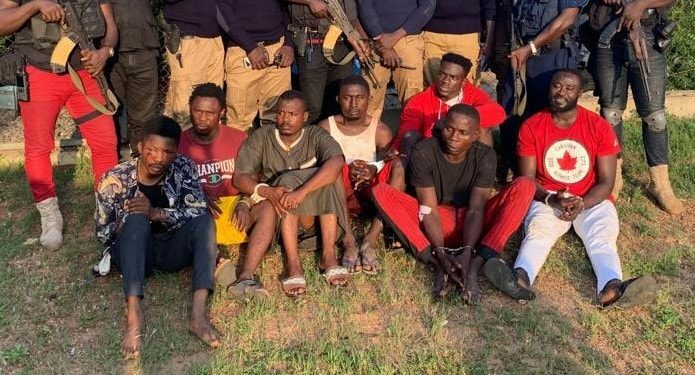 Four out of eight accused persons facing trial for the kidnapping of two Canadian nationals in Kumasi have been discharged by the High Court.

The four Seidu Abubakari aka MBA, Abdul Nazil, Safianu Abubakar and Abdul Raman Sulemana were discharged after the Attorney General dropped charges against them.

According to the Prosecution, their investigations show that these four people were not involved in the crime.

The rest of the accused persons: Samson Aghalor, Elvis Ojiowe, Jeff Omasa and Yussif Yakubu will continue to face trial.

The freed persons including the key suspects were accused of playing various roles in the kidnapping of Miss Lauren Patricia Catherine Tiley and Miss Bailey Jordan Chilly, who were in Kumasi to participate in a youth programme on June 4, 2019.