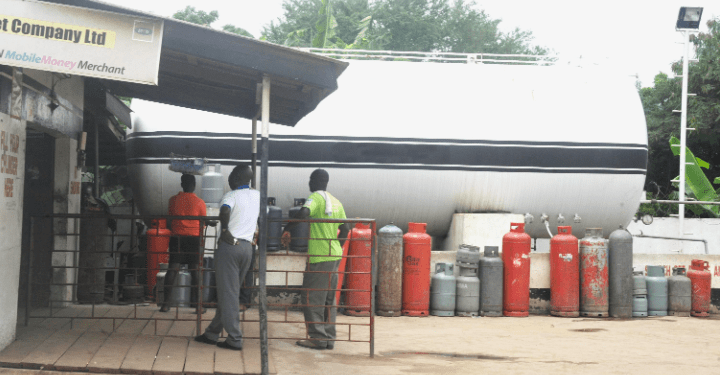 The government of Ghana, through the Ministry of Energy, is on the path to implementing a new policy directive for the marketing and distribution of LPG in Ghana.

Though a theoretically sound policy, players in the downstream sector have raised concerns about the efficiency of the Cylinder Recirculation Module (CRM) relative to government’s target of achieving a 50% national penetration of LPG by the year 2030.

The impact of the CRM module on government’s long-term target of ensuring an extensive utilization of LPG by the Ghanaian people has been put question.

Obtainable records show that, though the utilization of LPG has improved year on year since 2004 (except 2010, 2013, 2014 due to shortages), expectant growth in terms of nationwide penetration has not been encouraging. It is estimated that only 25% percent of the Ghanaian population utilize LPG in their households.

This indicates, that out of a projected population of 30 million Ghanaians, just a little over 7.5 million people can be termed as consumers of LPG. This is clearly not adequate as the alternatives to LPG i.e. wood fuel is nothing to be encouraged given its impairment to the natural environment and estimated health hazards especially to women in rural areas.

As observers in the downstream petroleum sector, we wholeheartedly back calls or any form of government intervention aimed at ensuring a wide utilization of LPG nationwide.

It is however imperative to state that achieving a 50% percent national penetration of LPG would require more of an effort than just a soothing catchphrase and misdirected policies. It will demand pragmatic policy decisions and deliberate governmental actions towards making LPG affordable and accessible to consumers nationwide.

Much of governments setbacks in achieving positive results in terms LPG penetration in Ghana has also been the inadequate sensitization of the citizenry on the need to substitute natural forms of household fuel with LPG.

A study conducted K.P Asante et al to assess the progress and bottlenecks of the Ghana Rural LPG program in five (5) selected districts across the country found that about 58% of households who were provided with filled gas cylinders under the program had not refilled their cylinders nine (9) months after its provision.

Findings of this research also suggest that after eighteen (18) months of free distribution of gas cylinders under the program, only 8% of beneficiary households still utilized the LPG cylinders.

Against these findings, reasonable assertions can point to sensitization, cost and proximity to refill outlets as key concerns and matters that ought to be prioritized if government is genuinely stern about achieving a 50% national penetration of LPG in Ghana. The expectation of industry watchers therefore is that, any policy strategy from the government relative to LPG penetration should address the following questions;

Worth noticing, is the fact that the marketing of household LPG relative to consumption is subject to the natural factors of demand and supply. Any effort by government to review downwards or better still scrap some tax components in the buildup to LPG prices will be instrumental in heightening the demand for LPG thereby complimenting governments effort to achieving her set target of an elevated national penetration of LPG. Given the impact of price change on the demand of LPG, Civil society has urged government to exercise restraints and not implement any policy, whose application may inadvertently lead to an increase in the final consumer prices of LPG as we foresee in the CRM Module.

LPG is an elastic good, implying that its consumers are very much sensitive to price changes and any effort be it deliberate or otherwise on the part of government to increase prices will record a massive dwindle in its quantity demanded. This is especially so given that there are some other alternatives to the use of LPG and consumers will conveniently switch to these alternatives in the event of price increases.

The Cylinder Recirculation Module (CRM) has been tipped by government to be a major policy intervention that will inform the realization of the 50% penetration target. However, there are pertinent issues related to the mode of implementation of this policy which if not well considered would carelessly compromise government’s own efforts to realizing her dream of a 50% national penetration.

Reviewing the implementation plan of the CRM by the National Petroleum Authority, it is visible, that the new value chain introduces some transportation and logistical cost factors which might lead to an increase in the consumer prices of LPG if government does not intervene. Government will therefore fall short of her target of a 50% national penetration should there be any attempt to increase prices of LPG by the introduction of the CRM module.

The implementation plan of the Cylinder Recirculation Module (CRM) represents a shift from the original three-staged value chain to a more sophisticated and burdensome chain that introduces new phases/stages to the transportation of LPG from the original pick-up points like the refinery, Ghana Gas or the ports (if the product is imported).

There have been about 4(four) new additions to the value chain including the local bottling plants, cylinder transporters and cylinder redistributors and cylinder exchange points.

These additions will necessarily introduce huge transportation and logistical cost components to the value chain making increases in the end user price eminent. Even though unionized groups like the Chamber of Bulk Oil Distributors (CBOD) and LPG marketers Association acknowledges the introduction of these new cost components and has proposed tax reviews as a way of stabilizing price of LPG, government is yet to demonstrate commitment towards embarking on measures proposed by the CBOD and other relevant players, relative to the downward review of taxes in the build-up to LPG prices.

It should be noted that Ghana haven towed the path of a full-scale deregulation in the downstream sector makes it almost impossible for government to initiate any measure to introduce subsidies in the LPG sector. This then makes the downward review of taxes in the LPG prices the only feasible alternative if government is to intervene in the stabilization of prices upon the implementation of the expensive Cylinder Recirculation Module (CRM) and consequently achieve the target of a 50% national penetration.