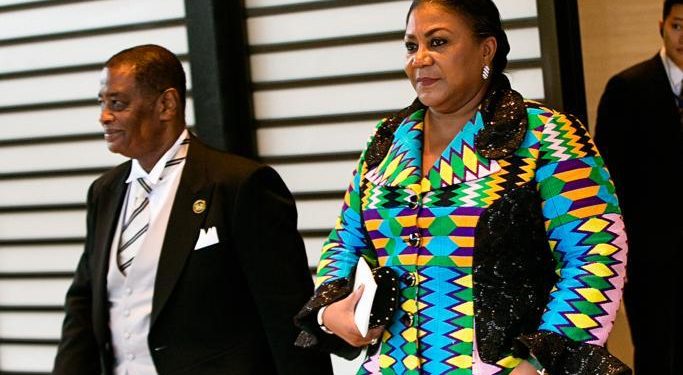 The First Lady Mrs. Rebecca Akuffo-Addo was in Japan to represent Ghana at the enthronement ceremony of Japan’s Emperor Naruhito, at the Imperial Palace in Tokyo on Tuesday, October 22nd.

During the solemn and elaborate ceremony, Emperor Naruhito, 59, who officially began his reign in May, after the abdication of his father, then Emperor Akihito, formally proclaimed his ascension to the throne. 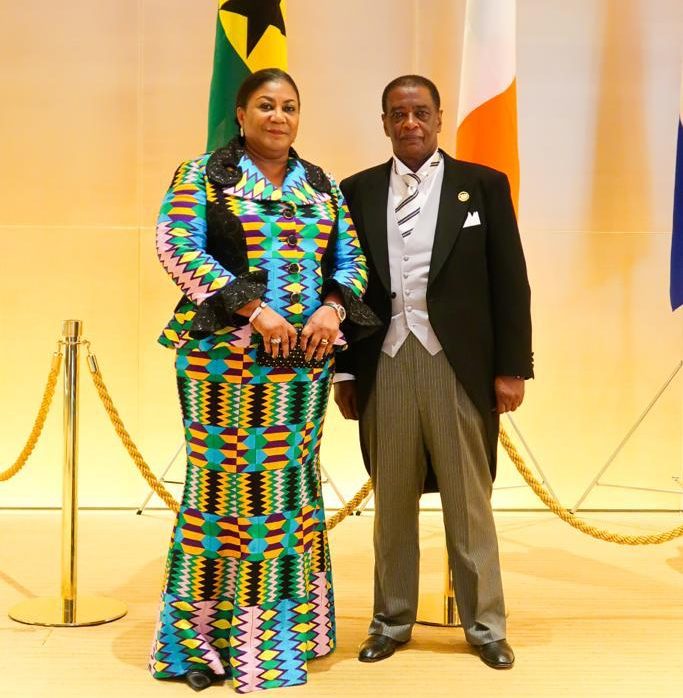 “Having previously succeeded to the throne in accordance with the Constitution of Japan and the Special Measures Law on the Imperial House Law… I now proclaim my enthronement to those at home and abroad”,

he declared at the ceremony.

“We the people, look up to His Majesty the Emperor as the symbol of Japan and the unity of its people and with a renewed spirit, will put our best efforts into creating an era where new culture will flourish as a peaceful, hopeful and proud Japan realizes a bright future and the people come together in beautiful harmony”

The Emperor who was attired in imperial robes, sat on the Takamikura canopied throne while his wife Empress Masako, similarly attired, sat on a smaller version of the Emperor’s throne. 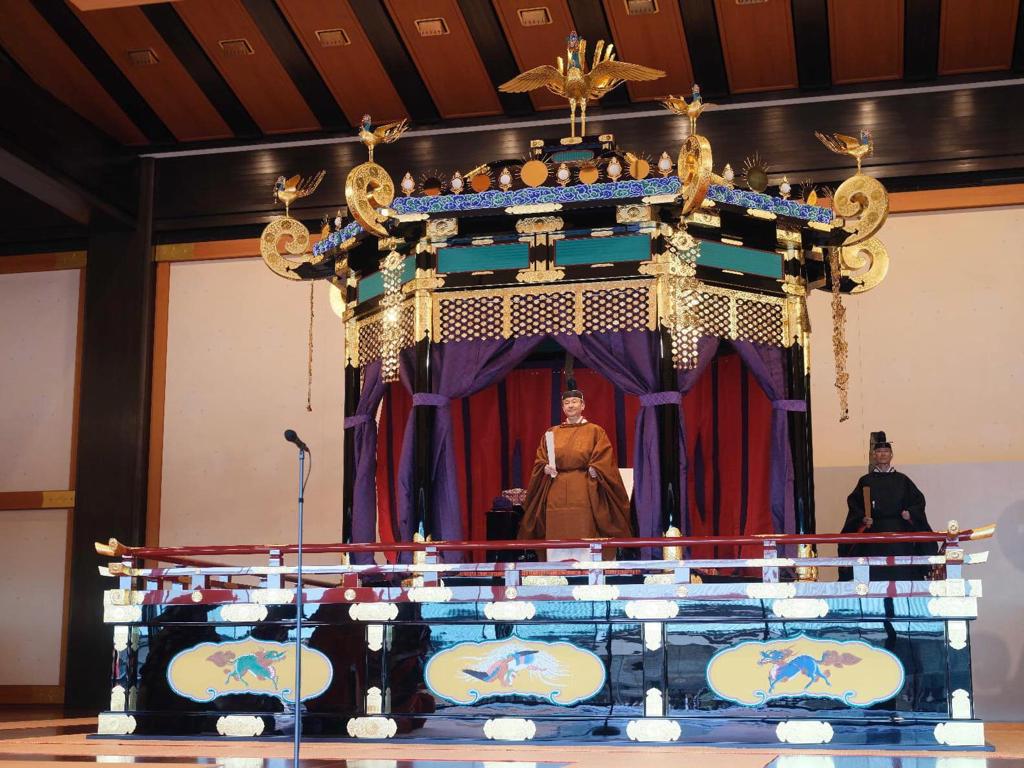 The ceremony was attended by about 2000 dignitaries from some 180 countries including the United Kingdom’s Prince Charles, The United States’ Transportation Secretary Elaine Chao, President Alassane Ouattara of Ivory Coast and President Mahamadou Issoufou of Niger and his wife. 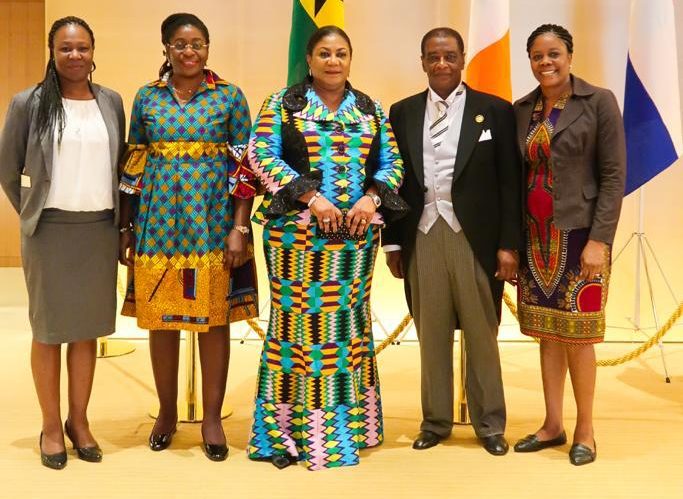