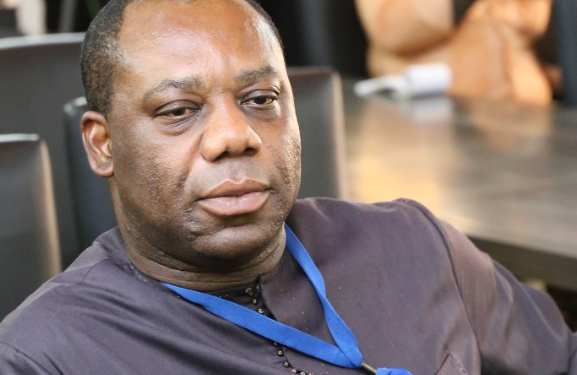 Over 1,500 kitchen staff are expected to be employed into the country’s educational setup in the coming days to support current ones who have been overly burdened by the double-track system, according to Minister of Education Mr Matthew Opoku Prempeh.

Last year 8,700 teachers were employed to support the teaching staff.

Speaking during an interaction with teachers and students of the Nkawkaw Senior High School as part of President Akufo-Addo’s three-day tour of the Eastern Region, Mr Opoku Prempeh indicated that by end of October, the total number of teachers who have been employed since the NPP took over the affairs of the country would be 56,000.

“By the close of the month 56,000 teachers would have been employed since you became President of Ghana. Last year at the advent of the double track, you employed 8,700 teachers to support the teaching staff. As we speak, we are about employing over 1,500 school support staff to support the kitchen staff who seem to have been overly burdened by the double track,” he said.

According to Mr Opoku, a huge number of teaching and learning aids with infrastructural interventions have been made available for beneficiaries under the Free Senior High School program to ensure its success.

“His Excellency, you said at the beginning of your government that if there was any sector that Ghana should put its investment in, it is the future of the country, and that future is represented by the beneficiaries of the Free SHS.”

“Mr President your free SHS entails a lot of things which Ghanaians forget. Not long ago, for progressive free secondary education…people could not pay. Your Free SHS means three full meals a day for every child that is here and they are grateful for that. Your Free SHS includes the informs, school cloth, house jersey, P.E kits, and core textbooks,” he declared.

However, the headmaster of the school Dr Robert Forson who outlined a number of infrastructural deficits called on the President to ensure that the challenges are resolved to facilitate teaching and learning.

“The children have to join queues or go in batches for their food from the dining halls and squat or sit under trees and eat when the dining halls are used for other functions. We plead humbly but fervently with you help us get rid of both the time wasted in moving furniture out and the destruction of furniture that comes with the movement,” he said.

President Nana Addo who called on beneficiaries to produce excellent results to shame critics of the Free Senior High School program said the future of the country depends on the beneficiaries.

“My second plea that there are some people in this who never wanted this free SHS. They described it as a gimmick and said it could not work. They said it is expensive. Now they are saying when they come back to office, they are going to review it.”

“Those of you who are going to take your exams in June as the first free SHS beneficiaries have a big responsibility to make sure that your grades and exam results are very positive and exemplary so that together we can say shame to all of those who did not want the policy to succeed,” he said.