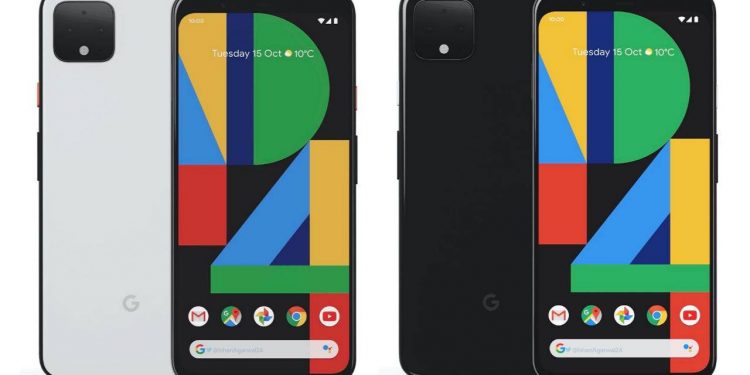 Google launched the Pixel 4 and Pixel 4 XL smartphones during its Made By Google event that was held in New York. The headline feature, as always, was the camera but Google did spring a few surprises during the event. The Pixel 4 features a radar sensor, dubbed Project Soli during development and now called Motion Sense. This allows the smartphone to support air gestures — so you can wave your hands at your phone to execute certain actions.

Google Pixel 4 is priced at $799 (roughly GHs 4,346.56) and the Google Pixel 4 XL is priced at $899 (roughly GHs 4,890.56). Shipping starts from October 24, while pre-orders begin from today. These phones are available through every major US carrier, which is a first for the Pixel lineup. The Pixel 4 is available in three colour variants — Just Black, Clearly White, and a limited edition Oh So Orange. Pixel 4 buyers get 3 months of Google One, which includes 100GB of cloud storage and 1 on 1 pro sessions if you need help with using the phone.

The Pixel 4 will not be launching in India. Google issued a statement about this that reads, “Google has a wide range of products that we make available in different regions around the world. We determine availability based on a variety of factors, including local trends, and product features. We decided not to make Pixel 4 available in India. We remain committed to our current Pixel phones and look forward to bringing future Pixel devices to India.”

Motion Sense allows you to do things such as silence calls, alarms, and timers by waving your hand at the smartphone. There are quite a few such uses of Motion Sense, but it remains to be seen how convenient this is as opposed to using a touchscreen. On its blog, Google said, “Motion Sense is enabled everywhere Pixel 4 is sold, except in Japan where it’s coming soon”.

The smartphone also features a new voice recorder app that transcribes audio recordings even when the Pixel 4 is in airplane mode. As of now English is the only language supported for transcriptions but Google says it plans to add more languages soon.

The Pixel 4 has four new computational photography features. The first of these is Live HDR+. While HDR corrects exposure in images after a photo is clicked, live HDR+ corrects this in the viewfinder before you click the image so you can see what the final image will look like. You also get separate sliders for brightness and shadows while you compose the shot — in case you want to click artistic shots.

The second big new feature is improved white balancing that lets you click more accurate pictures of snow, among other things. Thirdly, portrait mode is much better on Pixel 4, according to Google. Portrait mode is extends to big objects too. The last of these features is improved Night Sight, which is capable of capturing stars in the sky. If this works as advertised, then this feature will appeal to astrophotography enthusiasts.

The Pixel 4 features a 5.7-inch full-HD+ OLED display with HDR support and a resolution of 444ppi, whereas Pixel 4 XL has a 6.3-inch QHD+ panel at 537ppi. Both phones feature Corning Gorilla Glass 5. On the camera front, the Pixel 4 series features a 16-megapixel primary sensor (f/2.4 aperture) with a 12.2-megapixel secondary camera (f/1.7 aperture, 77-degree field of view) at the back. It has an 8-megapixel front camera. The rear cameras support 4K video at 30fps and 1080p at up to 120fps, while the front camera supports 1080p video at 30fps.

The Pixel 4 ships with a 2,800mAh battery, whereas the Pixel 4 XL has a 3,700mAh battery. Both phones ship with an 18W fast charging adapter in the box and have a USB Type-C port. The box includes a USB Type-C to Type-C cable too. The two phones have a Nano-SIM slot, along with support for an eSIM in case you need dual-SIM connectivity.

Gold track SHS students to be in school on November 12

Prioritize our trainees when recruiting for MDAs - NABCO Dean to gov't