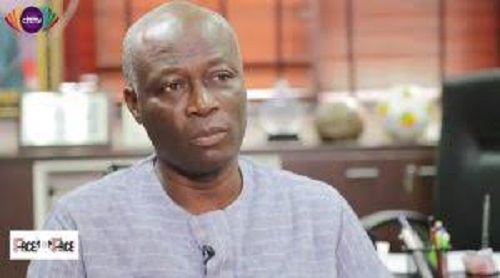 Member of Parliament for Odododiodoo, Edwin Nii Lantey Vanderpuye, has advised government to factor entrepreneurship as a subject in the curriculum of tertiary institutions.

The Odododiodoo legislator added that this will equip the modern day student to be self reliant rather than being dependent on government for job.

Speaking to Citi News at the Akwaaba week celebration of the Kings University College, the law maker explained that the students will be trained on the theory and practical aspects of entrepreneurship adding that this will better position them for life.

“I will advocate that government together with institutions set up a linkage whereby entrepreneurship will become a major subject in our institutions and the student will be taught both theory and practical entrepreneurship which will help them form their own incubators on campuses and also help them set up their own businesses when they get out of school” the MP said.

According to the MP, the move when implemented by government will reduce the unemployment rate in the country.

The president of the Student Representative Council of the School, Christabel Derby was optimistic that embracing entrepreneurship as a course of study will give them better opportunity after graduation.

She also encouraged colleague students to begin small start-ups while they are in school adding that, that is a sure way to become entrepreneurs.

“I want to encourage my colleagues to begin by setting up small businesses while they are in school so by the time they graduate they wouldn’t have to join the long queue of unemployed graduates” ,the SRC president said.

” Starting a business the  first time is not easy but I know with a little determination it is possible and so I am urging my fellow colleagues not to give up” she added.