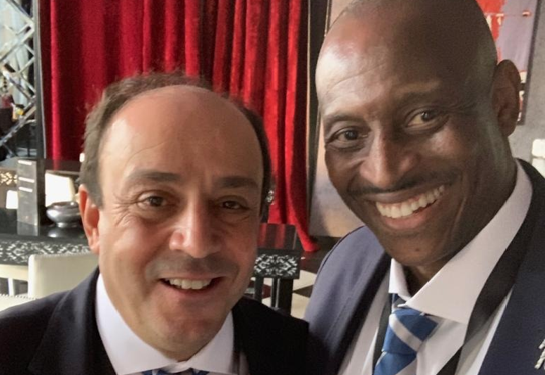 The President of Ghana Rugby, Herbert Mensah, has commended the management of Rugby Africa, for staging the 2019 Rugby Africa Women’s Sevens tournament in Tunisia that also served as 2020 Olympic qualifier.

Mensah said in light of the difficulties with finding sponsors, it was indeed a great achievement by Babbou and his team.

He noted that the U20 Barthes Cup and the women’s fifteens had been made possible under the administration of Mr. Babbou.

According to Mensah, World Rugby has an entrenched position yet the expectations of people was very high.

He was of the view that rugby in Africa deserved better treatment.

With more than 30 unions in Africa involved, the game requires tournaments for men and women in the sevens and fifteen formats, as well as a tournament for the youth.

According to Mensah, this is not an easy task in light of the absence of sustainable sponsors at this stage.

Mensah also noted that Africa has come a long way to follow guidelines and rules on what needed to be done, and that it was complying in a commendable way.

“The reason that African rugby has gone this way is to be able to spread Rugby over a longer period and give greater equity to all nations,” he said

According to Mensah, the future of Rugby in Africa was dependent on the extent that Africa and its Unions embrace change and the extent to which they embrace the need to raise funds locally to make the game work.

Mensah, who also heads up the Sponsorship and Fundraising Committee of Rugby Africa, congratulated Mr. Babbou and his team with Mrs Coralie Van Den Berg as General Manager for their achievements so far, and expressed the hope that the Association will raise the necessary funding in 2020 to meet the expectations of all stakeholders.