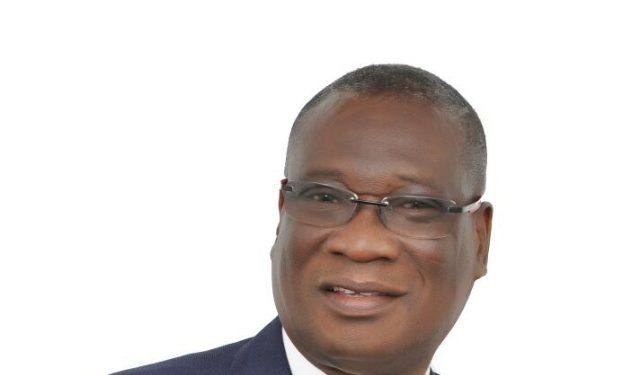 Two citizens have sued the Chief Executive Officer (CEO) of the Ghana National Petroleum Corporation (GNPC), Dr. Kofi Koduah Sarpong for staying in office despite crossing the retirement age of 65.

The citizens, Humphrey Nana Yaw Essaw and Edufa Kingsley Deladem are seeking a declaration that Dr. K.K Sarpong, who is also the first defendant in the case, should cease and desist from acting as CEO of GNPC.

They argue that although the appointment of Dr. K.K Sarpong had expired, the Board of Directors of GNPC had extended it in July 2017 for a period of five years.

The plaintiffs are also seeking a further declaration that Dr. K.K Sarpong “in granting the request to AKER Energy to take up the 10% stake in the DWT/CTP oil block was without due process and illegal, having been done without approval by the Minister of Energy.”

This suit follows a similar one by a deputy National Youth Organizer of National Democratic Congress (NDC), Edem Agbana who sued in his capacity as a private citizen.

He replaced Alex Mould who had served as CEO since 2013.

Dr. Sarpong was among eight CEOs working for the State that were supposed to retire by March 2019 because they had hit the statutory retirement age.

They were reportedly directed to proceed on retirement by the Presidency.

“A public officer shall, except as otherwise provided in this Constitution, retire from the public service on attaining the age of sixty years.

“A public officer who has retired from the public service after attaining the age of sixty years may, where the exigencies of service require, be engaged for a time but not exceeding five years in all and upon such other terms and conditions as the appointing authority shall determine.”